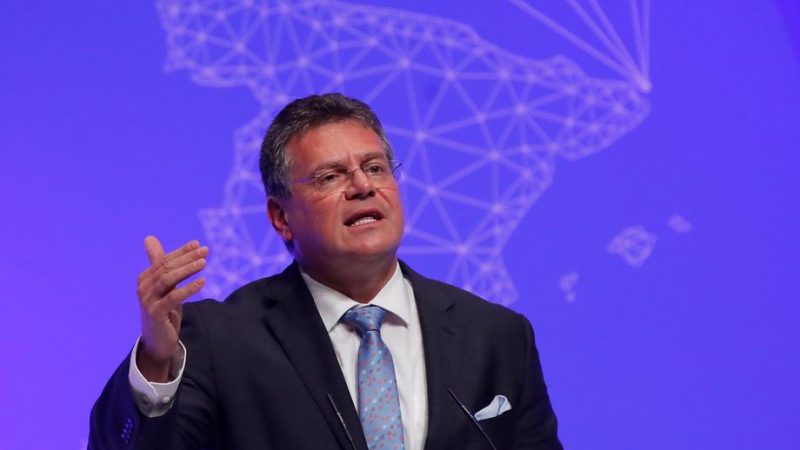 “ We discussed it at great length this morning when I was clearly advising against unilateral action and I was explaining what our steps would be,” the European Commissioner added. [EPA-EFE/JUAN CARLOS HIDALGO]

Following heated talks in London on Wednesday, European Commission Vice President Maros Sefcovic said he told British Brexit Minister David Frost that a unilateral extension by the UK at the end of this month of grace periods for checks on some goods moving from Britain to Northern Ireland could provoke retaliatory action, the Irish Times reported.

“If the UK were to take further unilateral action over the coming weeks, the EU will not be shy in reacting swiftly, firmly and resolutely to ensure that the UK abides by the international law obligations,” Sefcovic told a press conference after a joint committee meeting.

The action taken could include the suspension of parts of the Trade and Co-operation Agreement (TCA) that offers British goods tariff-free and quota-free access to the EU market.

“We discussed it at great length this morning when I was clearly advising against unilateral action and I was explaining what our steps would be,” the Commissioner added.

Sefcovic also said that the EU had so far shown “enormous patience” but that it is now “wearing very, very thin, and therefore we have to assess all options we have at our disposal.”(Paula Kenny | EURACTIV.com)