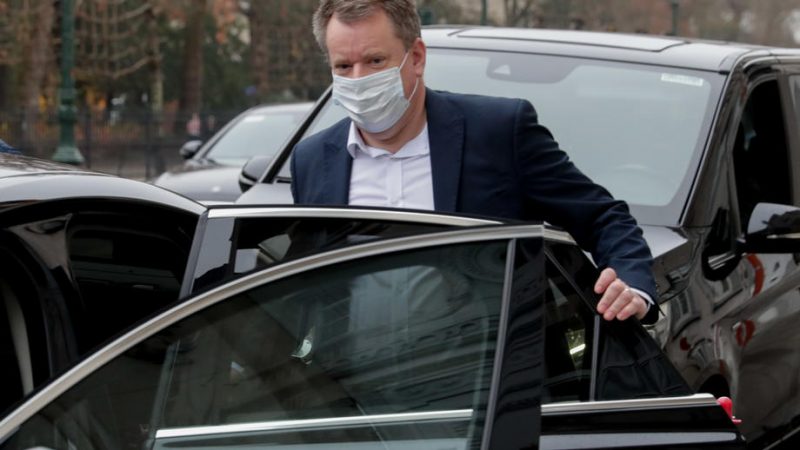 Brexit Minister David Frost told the Westminster parliament “we cannot go on as we are” on Wednesday. [EPA-EFE/STEPHANIE LECOCQ]

The EU will not agree to a UK demand to renegotiate the protocol on Northern Ireland, the European Commission has said after the UK demanded changes to the post-Brexit arrangements, the Irish Times reported.

The deal to keep the North broadly in line with the single market in order to avoid a border with the Republic has entailed some checks between Britain and Northern Ireland, creating friction for businesses and angering some Unionists.

Brexit Minister David Frost told the Westminster parliament “we cannot go on as we are” on Wednesday and produced a paper calling for “significant change” including a “standstill period” to maintain current grace periods and freeze legal action by the Commission.

In a statement, European Commission Vice President Maroš Šefcovic recalled that the protocol was a “joint solution” found with UK Prime Minister Boris Johnson and Brexit Minister Lord Frost, and that it had been ratified by the UK parliament.

“Respecting international legal obligations is of paramount importance,” Šefcovic said, adding that the EU last month laid out a package of measures to ease the implementation of the protocol, including tweaks to EU rules to ensure the long-term supply of medicines from Britain to Ireland. “We take note of the statement made by Lord Frost today. We will continue to engage with the UK, also on the suggestions made today,”  he added.

“We are ready to continue to seek creative solutions, within the framework of the protocol, in the interest of all communities in Northern Ireland. However, we will not agree to a renegotiation of the protocol,” the EU Commissioner said.