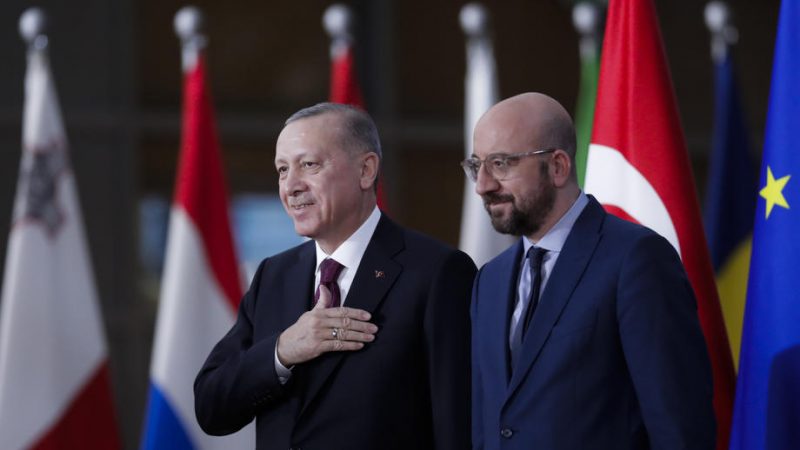 EU partners are struggling to agree on a joint statement regarding future relations with Turkey ahead of a summit on Thursday. [EPA-EFE/OLIVIER HOSLET]

EU partners are struggling to agree on a joint statement regarding future relations with Turkey ahead of a summit on Thursday. EURACTIV has learnt that EU diplomats have been exchanging several drafts and disagree on the wording. Incidentally, Greece, which has particularly troublesome relations with Ankara, is celebrating today its 200th anniversary of the Greek Revolution (1821) against the Ottoman Turkish rule.

A group of countries led by Germany want to push for a positive agenda with Turkey, focusing on the modernisation of the customs union and granting fresh money to Ankara to handle migration. On the other hand, Greece and Cyprus believe that the proposed joint statement does not reflect the “balanced” spirit of EU top diplomat Jose Borrell’s recent report on Turkey, which suggested a carrot-and-stick approach.

A diplomat told EURACTIV that if no agreement is reached among EU partners, it’s likely that EU Council chief Charles Michel will just issue a statement on relations with Turkey. (Sarantis Michalopoulos | EURACTIV.com)