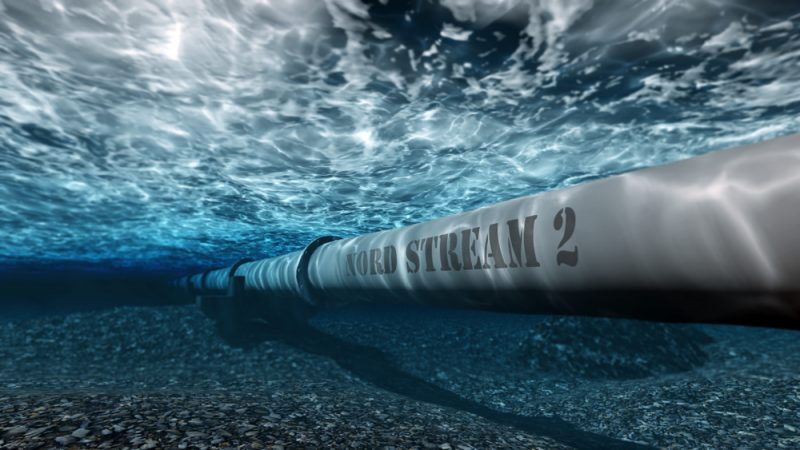 Former Greek FM Nikos Kotzias recently drew parallels regarding the US reaction to Nord Stream and the ongoing discussion over EU sanctions against Ankara.  [Shutterstock/Ksanawo]

The Nord Stream 2 gas pipeline – which has received the green light from German authorities to restart construction work – is seeing a few companies withdraw from the project, including three this month alone.

For instance, the Zurich Insurance Group AG has announced its withdrawal from the project and will cease to provide insurance services for the submarine gas pipeline connecting Russia and Germany, the Bloomberg News Agency reported on Saturday.

The companies that continue to be involved in the project are afraid of being denied access to US markets due to the US-imposed sanctions on those involved. Though Germany denies such arguments, Washington says the pipeline would make the EU too dependent on Russian energy and thus jeopardise the Union’s security.

More generally, the gas pipeline is an issue that divides in the EU.

While the Baltic States and Poland consider it a threat, Russia sees the sanctions as a ‘smokescreen’ for American attempts to sell its own gas. However, quick policy changes are not expected from the Biden administration.

The works halted in the autumn can be restarted, stated Germany’s Federal Maritime and Hydrographic Agency, given that only 160 kilometres of the 1,224-kilometre pipe remain undone. However, complaints from environmental groups regarding the last part, which runs through a nature conservation area, may cause delays, Deutsche Welle reported.

Former Greek FM Nikos Kotzias recently drew parallels regarding the US reaction to Nord Stream and the ongoing discussion over EU sanctions against Ankara.

He told EURACTIV that in the case of Turkey, a part of the European financial system, including in Switzerland and Norway, provided Turkey with logistical infrastructure.

He noted that the US first sanctioned the company that manages the port of Lübeck in Germany, the endpoint of the Russian pipeline.

“This company has too many ports in the western world, and any sanctions for its actions with the Russians in Germany will have a negative impact on its overall funding and operation throughout the western world. That’s why they stopped.”