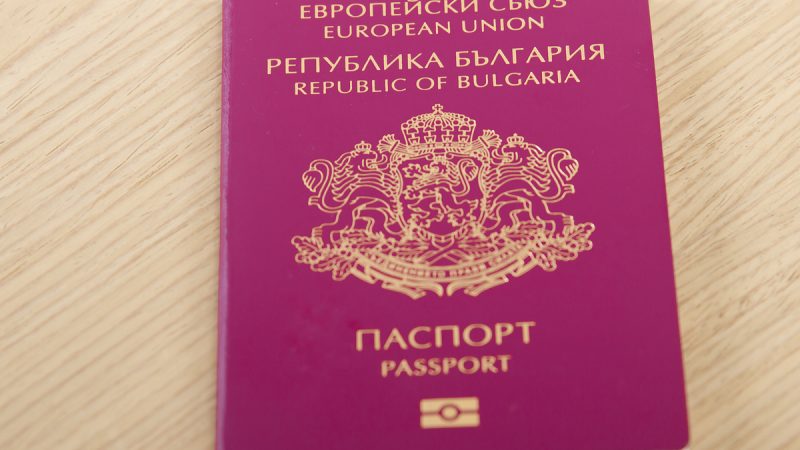 The Council of Europe and the European Commission are investigating the schemes that give Bulgarian citizenship in return for investment, EURACTIV Bulgaria has learned. [Shutterstock / Nadir Keklik]

The Council of Europe and the European Commission are investigating the schemes that give Bulgarian citizenship in return for investment, EURACTIV Bulgaria has learned.

At the end of November, the State Agency for National Security (SANS) sent a letter to the Ministry of Justice urging it to collect and pass on all information about people who have received such passports. This information will then be submitted to the Council of Europe and the Commission for analysis.

Despite the objections from Brussels against the practice of Bulgaria providing so-called “golden passports” and the threat of criminal proceedings, the former government of the GERB party chose only to revise the scheme. The Bulgarian passport gives access to all EU countries.

In October 2020, the Commission sent a letter to the authorities in Sofia, expressing the expectation that the scheme would be terminated. This did not happen, prompting the European Parliament to pass a resolution for EU countries to stop selling EU passports immediately.

Malta,  and Bulgaria are the only EU members with citizenship sales programs. According to Commission report published in early 2019, these three countries do not make sufficient checks on the origin of the wealth of people who buy citizenship. Cyprus used to sell its passport but the scheme was pulled after significant corruption was revealed.

In Malta, a number of new Maltese citizens were found to have criminal pasts and ongoing legal issues in other countries. Others were believed to have used the passports to evade sanctions and even detection. Many shortcomings were observed in the due diligence processes following a leak of documents from a company involved in facilitating the application process.

The “golden passports” scheme has existed in Bulgaria since 2013, but became very popular among foreigners in 2016 during the second government of Boyko Borissov.

In 2019, SANS inspected the funds invested in the country by the holders of the “golden passports”. As a result, the agency demanded the revocation of citizenship for a Russian, three Egyptians, a Pakistani and a Jordanian. They acquired citizenship by buying government securities but sold them as soon as they got their passports.

Two years later, SANS requested the same information from the Ministry of Justice to pass it on to European partners.

The reason for the renewed European interest is the fact that for almost a year and a half Bulgaria has been implementing a special project under the European Commission’s Structural Reform Assistance Program. The project aims to limit the risks of money laundering and the financing of international terrorism.

The analysis will be carried out by the Council of Europe.

In November, in an interview with EURACTIV, the then caretaker Minister of Justice Ivan Demerdzhiev said that Bulgaria had distributed passports “extremely easily and without the necessary investment checks”.

“It is clear that politicians have been involved in this scheme. The spheres of influence regarding Bulgarian citizenship and who exercised this influence are clear to a large part of Bulgarian society,” Demerdzhiev said, adding that terminating this scheme is part of Bulgaria’s criteria for acceding to the Schengen area.