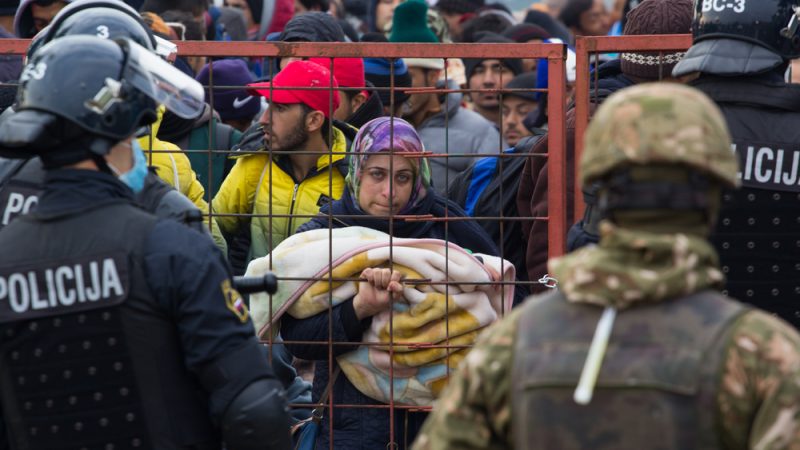 Slovenia signed agreements with these three countries after the government cleared the plan in late March following a series of attempts at deploying the army to help the police that failed to garner sufficient support in parliament. [Shutterstock/ Janossy Gergely]

A group of 21 police officers from Estonia, Lithuania and Poland are to join Slovenian colleagues to help patrol the border with Croatia for at least the next month in a bid to prevent migrant border crossings.

Slovenia signed agreements with the three countries after the government cleared the plan in late March after a series of attempts to deploy the army along the border failed to garner sufficient support in parliament.

Fewer migrants are currently attempting to cross the border than last year. In the first four months of this year, 1,642 migrants were caught crossing the border illegally, down almost a third over the same period last year. But as the weather improves, figures are expected to increase.

“It might seem at this point that assistance by foreign officers is not needed now that the wave of illegal migrations is not as severe, but who can guarantee that 2015 does not happen tomorrow,” Interior Minister Aleš Hojs has said.

The officers, 10 from Poland, six from Lithuania and five from Estonia, will join their Slovenian colleagues in the Bela Krajina region in the southeast of the country, a popular entry point for migrants. They will exercise broadly the same powers as local police but will act under the supervision of Slovenian officers, according to Police Commissioner Anton Olaj.

Hojs said officers from Hungary and Romania will also join, presumably next month. Talks are ongoing with certain other countries, including Denmark, Austria and Germany. (Sebastijan R. Maček | STA)