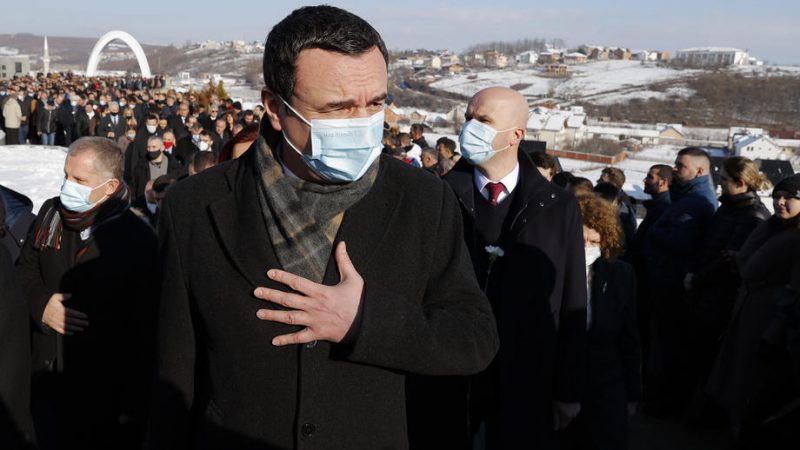 Kosovo celebrated 14 years of independence on Thursday as some of its former leaders face charges of war crimes stemming from their armed struggle. [EPA-EFE/VALDRIN XHEMAJ]

Kosovo celebrated 14 years of independence on Thursday as some of its former leaders face charges of war crimes stemming from their armed struggle against the then genocidal Serbian state.

Hashim Thaci, the former leader of the Kosovo Liberation Army (KLA/UÇK) and the then prime minister, read the declaration of independence in the Kosovo parliament on 17 February, 2008. The country was immediately recognised by the US, and is now recognised by over 100 other countries.

Serbian leaders, however, have repeatedly vowed that they would never acknowledge Kosovo’s sovereignty, instead considering it a province of Serbia.

Kosovo has not become a UN member due to a lack of recognition by Russia and China, who are permanent UN Security Council members with the right to veto. This is despite more than half of UN members recognising its independence, Israel being the most recent in 2021.

EU countries that do not recognise the country include Greece, Cyprus, Spain, Romania, and Slovakia.

The parliament of Kosovo declared independence from Serbia in 2008 following a bloody war against Serbian occupation, which left thousands of Kosovo Albanians murdered, thousands more injured and raped, and over half of the population displaced to neighbouring countries.

Over 1,600 people remain missing, with mass graves believed to be located in Serbia and Kosovo, which Serbian authorities still need to disclose.

A 78-day NATO airstrike put an end to the atrocities.

Authorities in Pristina held ceremonies to celebrate the day and paid tribute to war victims.

Kosovo and Serbia have been engaging in a “dialogue for normalisation of relations” facilitated by the EU since 2011. Kosovo insists that the dialogue should result in mutual recognition, something Serbia refuses to consider.

Several countries congratulated Kosovo on its independence, including Slovenia, the US, Albania, Montenegro, Germany, Turkey, Latvia and Bulgaria.

Pristina’s famous ‘Newborn’ sign, which changes colours and design every independence day, was covered with the silhouette of womens’ faces and wings.

“This year’s theme is dedicated to women in two aspects, to the successful women who make us proud around the world by displaying success in the world of music, culture, film, sport, but also to those dark parts where women are still victims of domestic violence,” Fisnik Ismaili, the artist responsible said. (Exit.al)