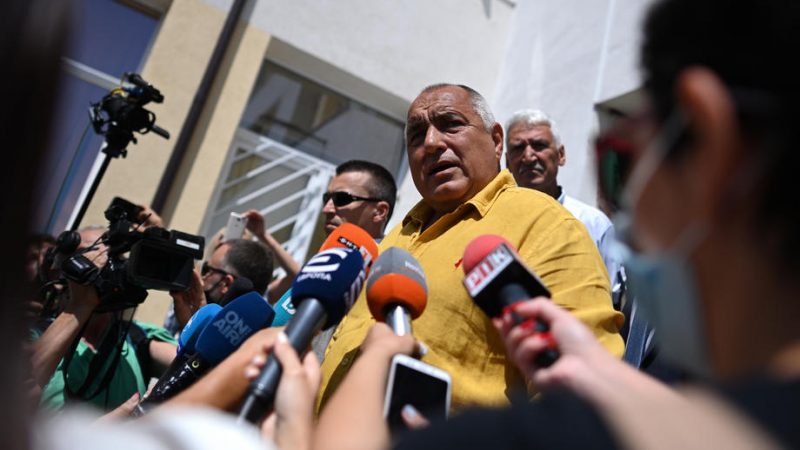 GERB had less than a quarter of the votes and for the first time in 12 years, was not the main political power. [EPA-EFE/VASSIL DONEV]

GERB received less than a quarter of the votes, and for the first time in 12 years lost its status as Bulgaria’s main political power.

The winner of the elections is the anti-elite party “There is such a people”, founded by Bulgarian TV star Slavi Trifonov, initial projected results suggested. However, the party does not have the majority of 121 MPs needed to form a government.

The 46th National Assembly will be formed with six political formations. The so-called protest parties will not have 121 MPs.

The socialist party BSP and the centre-right coalition “Democratic Bulgaria” both received 14.1%, closely followed by Turkish minority party DPS with a projected 11.7% of the vote. The small anti-corruption coalition “Stand up! Mafia out!” was projected to receive 5.5% of the vote.

Turnout was much lower than in the previous election in April – 38.7% against 50.61% in April. About 2.6 million Bulgarians voted, compared to 3.3 six months ago.

Nationalists parties and coalitions so far are below the 4% threshold needed to have seats in parliament. (Krassen Nikolov | EURACTIV.bg)