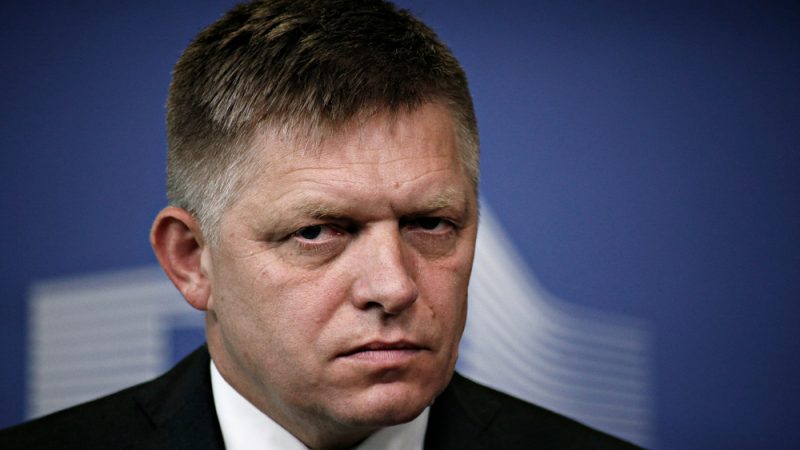 “Ukrainians never helped us, Ukraine blatantly lied to us in 2009 when we needed gas, and the government of Julia Tymoshenko did nothing,” said Fico during the TV debate. [Shutterstock/Alexandros Michailidis]

Former Prime Minister and opposition leader Roberto Fico called for an immediate halt to all aid to Ukraine in a TV debate on Sunday.

“Ukrainians never helped us, Ukraine blatantly lied to us in 2009 when we needed gas, and the government of Julia Tymoshenko did nothing,” said Fico during the TV debate.

Fico opposes tightening sanctions against Russia, especially a ban on Russian energy imports. Recently, Fico said he had no problem forming a coalition with the far-right Republika movement and likened NATO soldiers in Slovakia to Nazi troops.

Unlike the government, which supports further financial and military aid to Ukraine, Fico’s party Smer, like most opposition parties, are against assisting Ukraine.

Several media commentators pointed out that “it is a miracle that during the difficult times of war in Ukraine, Slovak foreign policy is led by the current leadership of Prime Minister Eduard Heger and not by Fico and his people.”

But according to some analysts and commentators, Fico’s stance is part of his pursuit for votes as resentment in the country against Ukrainian refugees is growing.

Fico was recently charged for establishing and leading a criminal group during his two consecutive governments from 2012 until 2018. His former Interior Minister, Robert Kaliňák, has been charged and taken into custody.

Police could not arrest Fico as he is still a member of the National Council, who voted against his arrest and removing his political immunity despite the overwhelming support from the “anti-corruption coalition.”