Ex-PM Papandreou to run for leadership of Greek socialists 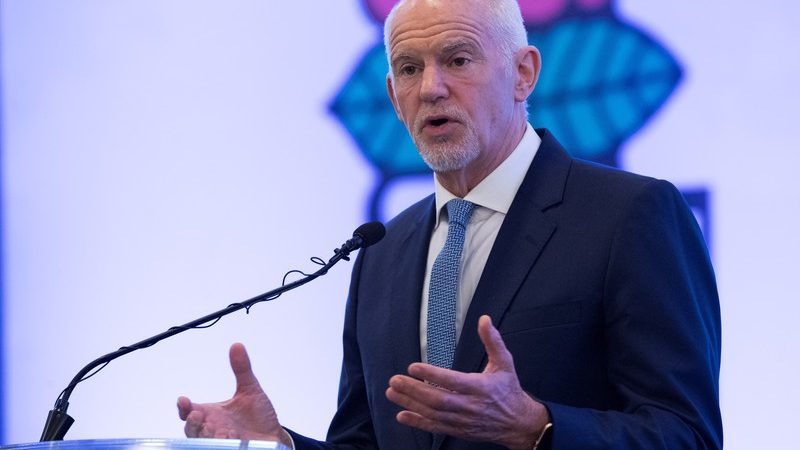 Papandreou said he wants to contribute to the growth of the Democratic Progressive front in Greece to join other progressive forces in Europe and the world, “which are coming back”. [EPA-EFE / Orlando Barría]

Greece’s former Prime Minister George Papandreou announced on Thursday that he will run for the leadership of the “Movement for Change” – the successor of the social-democratic Pasok party and a member of the Socialist and Democrat group in the European Parliament.

Papandreou said he wants to contribute to the growth of the Democratic Progressive front in Greece to join other progressive forces in Europe and the world, “which are coming back”.

The former prime minister stressed the importance of formulating a progressive alternative for governance and called on all progressive citizens to turn his party’s conference “into a celebration of democracy and participation”.

In total six candidates will run for the party’s leadership, which will determine to a large extend the next day in Greek politics.

Movement for Change is expected to play a key role in the formulation of the next government and depending on who is going to be elected, the party will collaborate either with the ruling conservative New Democracy party (EPP) or main opposition leftist Syriza party.

The latter also calls for a “progressive” government especially after the results of the latest German elections.

Pasok, which is the original name of the social-democratic party of Greece, lost a significant number of voters after it governed the country during austerity times and bailout programmes.

Pasok also carries a huge debt to Greek banks, approximately €254 million. Together with the debt of ruling New Democracy, the amount exceeds €500 million.