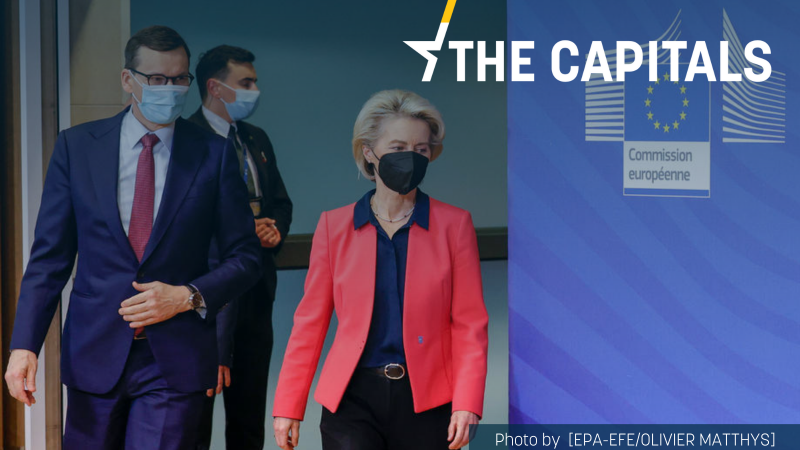 oland has still not implemented the rulings by the EU Court of Justice, concerning, among other things, dismantling the new Disciplinary Chamber of the Constitutional Tribunal, which the court ruled was illegal.

Poland’s recovery plan will not get EU approval anytime soon, experts believe, despite media reports that the European Commission may give a green light next week for payments from the fund allocated to Poland.

So far, the Commission has withheld the Polish recovery plan, which is a precondition to release the money from the EU Recovery and Resilience Facility (RRF), due to the conflict between the government and EU executive over the rule of law and judicial independence.

Poland has still not implemented the rulings by the EU Court of Justice, concerning, among other things, dismantling the new Disciplinary Chamber of the Constitutional Tribunal, which the court ruled was illegal.

However, neither experts nor the government itself believe it will be the case.

“Should the European Commission accept the Polish recovery plan in spite of Poland’s failure to comply with the CJEU’s ruling, it would undermine the CJEU’s reputation as an independent body and could create a precedent in the future for other countries to reject its rulings, which the Commission cannot allow for,” Artur Nowak-Far from SGH Warsaw School of Economics, former undersecretary of state in Polish foreign ministry, told EURACTIV.pl.

“As for the Recovery Plan, for now, I remain cautious,” said Polish government spokesman Piotr Müller, quoted by Onet news service, pointing to the fact that it is not the first media report about the Commission’s alleged readiness to accept the plan.

He added that the government and the EU have yet to agree on the plan’s “milestones,” that is “the elements of the reform that Poland should successively implement to receive the following payments from the RRF.”

“I believe that the EU unblocks that money very quickly, but it will happen only after Poland fulfils a large part of the conditions,” said Marek Prawda, former head of the European Commission Representation in Poland, said last month, quoted by Interia news service.