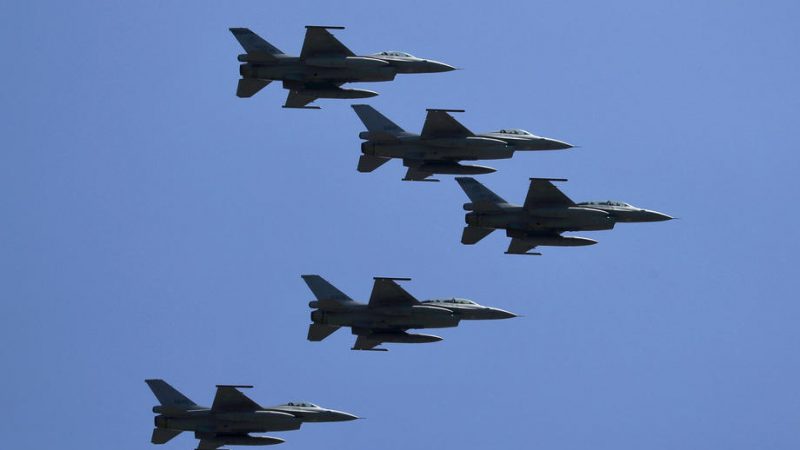 The delay in delivering the new American F-16 fighter jets may be due to a lack of trust in the Bulgarian authorities, which have not proven that they can reliably protect NATO secrets, two former Bulgarian defence ministers have said.

The two said this during the international conference ‘The War in Ukraine and the Risks for the Western Balkans’ organised by Bulgarian MEP Radan Kanev and EURACTIV Bulgaria. The event also had a panel on the security risks of the EU and Bulgaria.

“We are experiencing difficulties in the process of protecting classified information. I have been in NATO for ten years, and I know how they issue access to classified information certificates thereafter a study lasting six to eight months. And here, our people issued a permit to Peevski in less than five working days,” said former caretaker defence minister Velizar Shalamanov. Delyan Peevski is a billionaire media mogul who, after becoming MP quickly obtained a certificate in 2013 to be eligible to head the State Agency for National Security.

In the last two years, the Bulgarian prosecutor’s office has conducted several investigations against Russian spies in the country, which led to the expulsion of dozens of Russian diplomats from the embassy in Sofia.

No Bulgarians have been convicted of Russian espionage so far.

“I have such a vague assumption that even F-16s are slowing down for this very reason because the security of this technology is still not 100% guaranteed,” Shalamanov said.

The F-16 is the latest modification of the American fighter jet, which has much of the F-35’s radar system, new control systems, precise targeting of weapons and a new system to avoid collision with the ground.

Bulgaria bought eight such planes, the first to be delivered in 2023. However, the United States announced that due to the pandemic, the delivery will be postponed to 2025.

A year ago, in the last days of Boyko Borissov’s government, the prosecutor’s office announced that it had captured a spy group in the defence ministry. It was announced that the group was spying for Russia and trying to spread information about the new F-16.

Velizar Shalamanov’s suspicions about the F-16 were shared by another former caretaker military minister, Todor Tagarev. “Bulgaria must create a system for the protection of classified information. We continue to allow Russian representatives of (the military airport) Graf Ignatievo along (the Russian company) MiG. There must be a 110% guarantee that Russian foot will not be allowed there in any way. There must be a guarantee that the employees at the base will not then go to drink vodka with Russians,” Tagarev said.

Former ministers have also spoken out in favour of acquiring second-hand F-16 fighter jets, which still have significant resources and are much cheaper.