F-16 delivery for the Bulgarian army delayed by two years 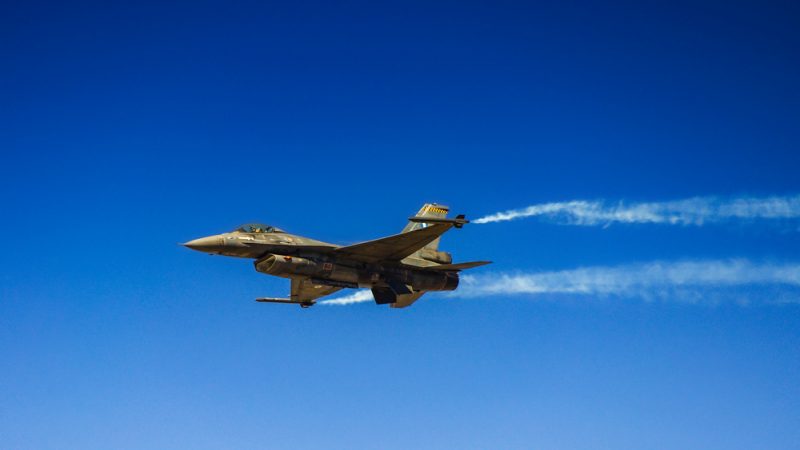 The delivery of the eight F-16 fighters to the Bulgarian army will be delayed by two years. [Shutterstock/Pit Stock]

The delivery of the eight F-16 fighters to the Bulgarian army will be delayed by two years, Prime Minister Kiril Petkov announced on 12 February.

The prime minister explained that the reason for the delay was the Covid-19 pandemic and disrupted supplies. Bulgarian President Rumen Radev has warned that the country’s air sovereignty could be lost.

Bulgaria relies on the old Russian MiG-29 fighters, which were delivered in the late 1980s. However, four Spanish Eurofighter fighters arrived in Bulgaria on Friday to help protect Bulgaria’s skies over the next two months.

Two Dutch F-35s are then expected later this year. President Radev commented earlier this week that former Prime Minister Boyko Borissov must explain the delays in the delivery of fighter jets, as his government has signed the contracts.

Bulgaria is currently negotiating the purchase of eight more F-16 block 70 fighter jets. The US embassy also responded on Saturday to the issue of the delay.

“The F-16 production program is delayed due to supply chain disruptions caused by the COVID-19 pandemic. This unfavourable delay will affect all countries that are currently participating in this program,” the embassy said in a statement.

The United States says it remains committed to supporting the modernisation of the Bulgarian army.

The initial plan was for the first planes to arrive in Bulgaria in 2023 and the last ones in 2024. They cost €1.1 billion, which were prepaid. Bulgaria plans to buy eight more F 16 fighter jets from the US.