Fake festival in Brussels turns into riots over lockdown measures 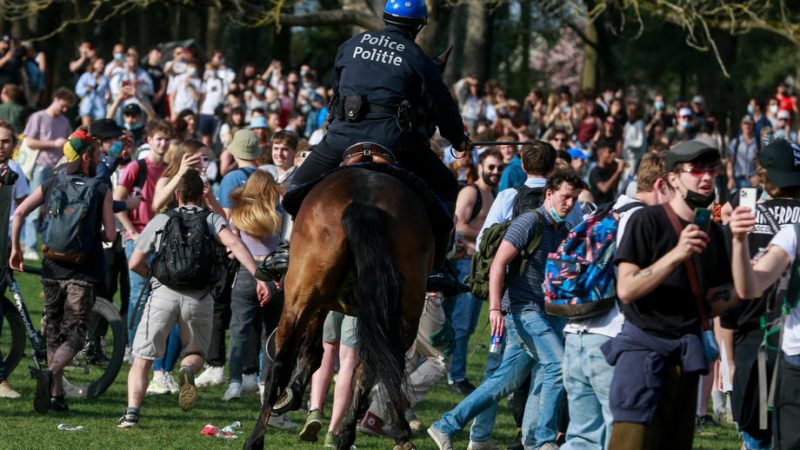 Police on horses try to disperse people as they take part in fake festival called 'La Boum' organized by an anonymous group of people on Facebook for an April Fool's joke at the 'Bois de la Cambre, in Brussels, Belgium, 01 April 2021. [EPA-EFE/STEPHANIE LECOCQ]

An April Fool’s joke festival that got out of hand in Brussels’ Bois de la Cambre park drew a crowd of thousands of people, which were then dispersed by riot police for breaking COVID-19 measures.

Some 20,000 people accepted a social media invite for the party on Facebook, and up to 5,000 actually showed up — though the event planners said the invitation was a hoax.

However, many people refused to leave. The crowd turned on police, according to reporters at the scene. Police used water cannons, horses, pepper spray, tear gas, and a drone to disperse the crowd.

Earlier on Wednesday, the Belgian state has been ordered to lift “all coronavirus measures” within 30 days, as the legal basis for them is insufficient, a Brussels court ruled.

This would include the restrictive measures enacted by the Belgian ministerial decree of 28 October 2020 and its subsequent decrees, impacting the closure of the hospitality sector, suspension of compulsory education and the limitation of public or private gatherings.