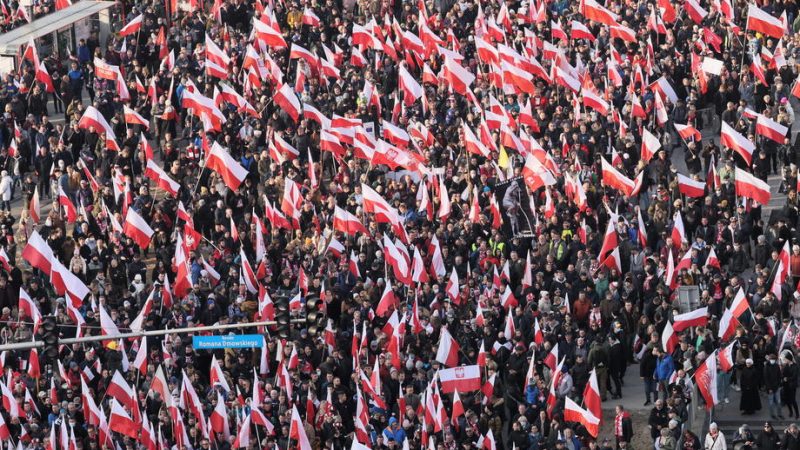 The annual march took place in Warsaw with some 150,000 people in attendance, despite a ban imposed by the city mayor and maintained by the District Court. [EPA-EFE / LESZEK SZYMANSKI]

As Poland celebrated its Independence Day, the annual march took place in Warsaw with some 150,000 people in attendance, despite a ban imposed by the city mayor and maintained by the District Court.

Some claim that the Independence March promotes neo-fascist views, causes chaos in the city, and has regularly been marked by violence.

After regional authorities, connected to the ruling Law and Justice (PiS) party, accepted the organisers’ petition to register the march as a recurring event, city mayor Rafał Trzaskowski (Civic Platform) challenged the decision in court and won both the first instance case and an appeal. He said that the march taking place would be unlawful.

On Tuesday, however, the head of the Office for War Veterans and Victims of Oppression said he had given the march formal status, allowing it to move ahead. Despite the concerns, the march was described as peaceful by the police, with few incidents and less than ten people arrested.

This years’ slogan was “Independence not for sale”, a reference to the government’s long-running battle over the rule of law with the EU.