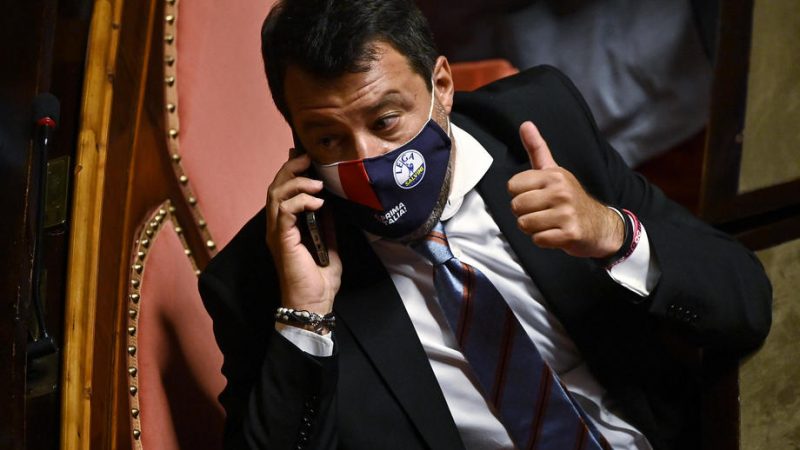 Eurosceptic MEP Francesca Donato has resigned from Matteo Salvini’s far-right Lega party after the latter backed a string of COVID-19 measures, including last week’s decision making the health pass mandatory for all workers.

“I made my choice after watching values I firmly believe – equality, individual freedom and human dignity – increasingly trampled by measures taken by the national government that the League supports in the past few months”, Donato wrote in a note, adding that “the government has passed liberticidal and discriminatory decrees.”

However, the MEP said she would join the right-wing Identity and Democracy (ID) group in the European Parliament and would be working independently “to defend the minority of Italians who are being labelled anti-vax and who are severely discriminated against and attacked in our country”.

In an interview with national newspaper La Repubblica, Donato said the party is following the lead of ministers like Economic Development Minister Giancarlo Giorgetti, who pushed hard for mandatory COVID-19 certificates – and not Salvini’s. The far-right leader had raised his voice against the certificates ahead of the government’s decision, but Giorgetti’s stance prevailed.

Asked about Donato’s departure, Salvini said he does not fear for the unity of his party.