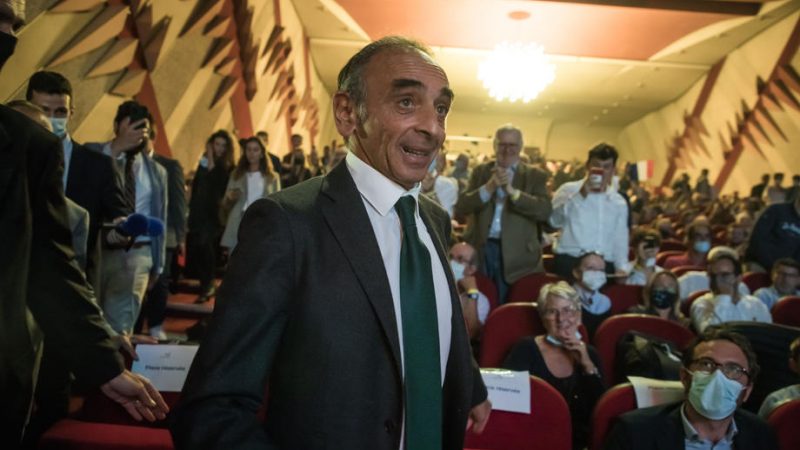 “Everything is in place” for a potential presidential candidacy, far-right TV pundit Éric Zemmour told BFM Politique in an interview on Sunday. [EPA-EFE / CHRISTOPHE PETIT TESSON]

“Everything is in place” for a potential presidential candidacy, far-right TV pundit Éric Zemmour told BFM Politique in an interview on Sunday. Meanwhile, a new poll confirms that he would make it to the second round of the French Presidential elections scheduled for April.

“I’ve always been in politics, I still am more than ever before,” he said. “All I have to do is push the button, and decide on the day and how,” he added.

Although he did not specify the date of his candidacy’s announcement of his, he vowed not to disappoint his backers.

A Ifop-Fiducial poll for newspaper Le Figaro and TV station LCI, published by BFM TV, showed Zemmour would win 17% of the first-round vote, well behind Macron with 25% but just ahead of Le Pen with 16%. Conservative Xavier Bertrand would garner 13% support if he wins the primary for the Les Republicains party.