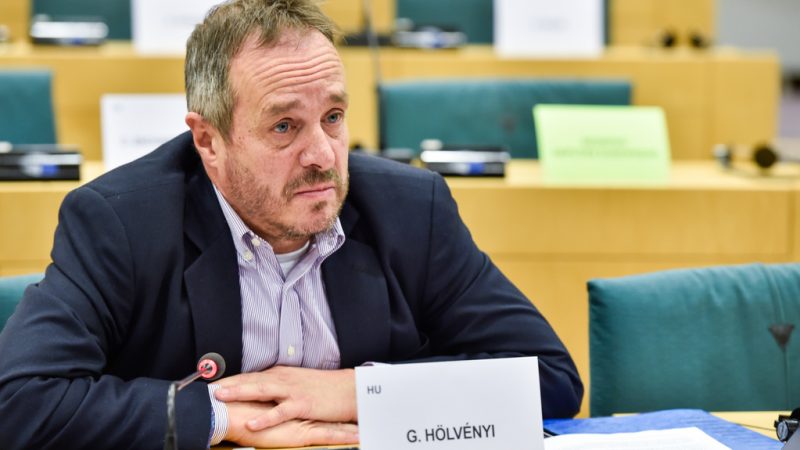 KDNP is Fidesz’s junior coalition partner, considered a satellite party by many. It has 16 out of the 199 seats in the Hungarian legislative, as well as one MEP. The two parties form a tight partnership and rarely take different political positions.

Hölvényi added that the KDNP “joined the predecessor of the EPP in the early 1990s at the invitation of former Prime Minister József Antall and former German Chancellor Helmut Kohl”, their membership has been continuous since then, and the amendments to the EPP Group rules of procedure adopted on Wednesday do not create “a legal situation” for them.

Viktor Orbán’s Fidesz party left the EPP’s faction in the European Parliament on Wednesday after years of disagreements with the conservative group, which was preparing to vote on their suspension. (Vlagyiszlav Makszimov | EURACTIV.com with Telex)