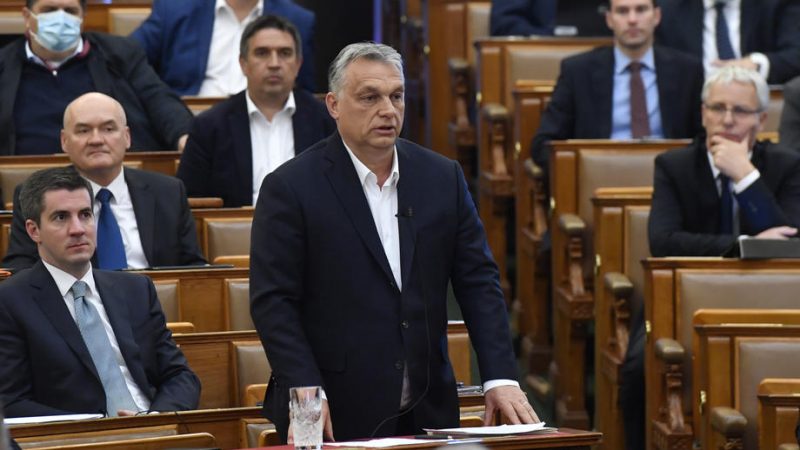 Prime Minister Viktor Orban during a question and answer session of the Parliament in Budapest, Hungary, 30 March 2020. [EPA-EFE/Zoltan Mathe]

The ruling Fidesz party submitted a legislative proposal on Tuesday at 11:59 pm as the country headed into a new partial lockdown on Wednesday that critics say would significantly worsen the chances of the opposition parties during the 2022 parliamentary elections.

Under the proposed electoral rules, a party would be able to put together a national party list only if it had put forward candidates in at least 50 of the country’s 106 constituencies – up from 27 – across at least 9 of Hungary’s 19 counties and the capital.

The proposal argues the amendment is needed to ensure that only parties with real societal support are able to put forward a national party list. Hungary has a unicameral legislature into which MPs get elected via a mixed system: 106 lawmakers from single-winner constituencies and 93 proportionally from party lists.

All major opposition parties have previously signalled that they plan to coordinate and only put forward one opposition candidate against the ruling Fidesz party in each constituency – to be decided by informal primary elections organised by the parties amongst themselves.

However, with the proposed amendment, some parties may not reach the required 50 constituency threshold to form their own national party lists, thus forcing them to create joint lists, which in turn carry a higher electoral threshold than the single party list threshold of 5% – potentially as high as 15% in case of joint party lists of three or more parties.