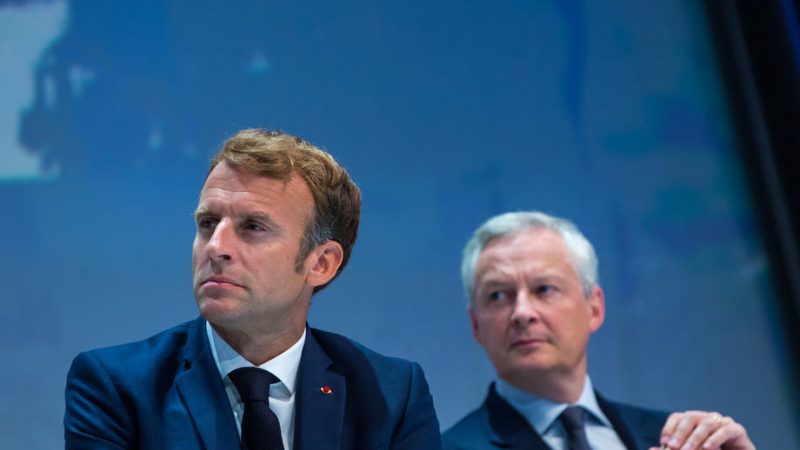 The “France 2030” plan would generate “tens of thousands of jobs, even though we cannot estimate the precise numbers” Bruno Le Maire told the press. [EPA-EFE/ CHRISTOPHE PETIT TESSON]

Asked to comment on the investment plan presented by President Emmanuel Macron on Tuesday, Economy and Finance Minister Bruno Le Maire promised it would generate €45 billion of additional wealth and thousands of jobs.

“Each euro invested thanks to this plan will generate €1.50 in return”, Le Maire told French journal, Le Parisien.

Questioned on the size of the investment package, the minister declared that the €30 billion earmarked for the investment plan would be “sufficient to act as a leverage and allow private actors to invest more”.

The “France 2030” plan would generate “tens of thousands of jobs, even though we cannot estimate the precise numbers” for now, he told the press.

The minister defended Macron’s heavy investment plan, responding to the critique that the government is “burning” money. “Those who blame us are the ones who left us with the coffers empty, a 10% unemployment rate and zero growth”, he said, stating that “now is the right moment to invest because interest rates are low”.

Moreover, Le Maire said that investments would not be handed out blindly, explaining that “projects will be selected according to several principles: transparency, competition, risk-taking and evaluation”. 50% of funding will go to new players, start-ups, SMEs, medium-sized companies, the minister said.

The government will hand out the first tranche of credit in January 2022 to help transform “existing sectors” – like the automotive and aeronautics sectors – as well as to “create new sectors in the fields of hydrogen, artificial intelligence, biotechnologies, and semiconductors”, said Le Maire.