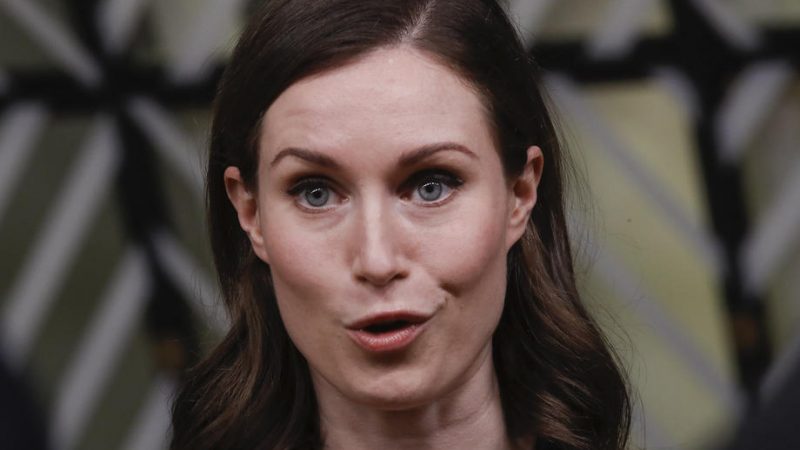 Finland's Prime Minister Sanna Marin defended her comment made in an interview to Reuters on 19 Wednesday, where she said it would be “very unlikely” Finland would apply for a NATO membership. [EPA-EFE/OLIVIER HOSLET]

Finnish Prime Minister Sanna Marin defended her comment made in an interview to Reuters on 19 Wednesday, where she said it would be “very unlikely” Finland would apply for a NATO membership during her term in office.

The wording prompted immediate criticism from the opposition. By more or less ruling out a certain time period during which an application could take place, the PM was accused of playing directly into the hands of Russia’s Vladimir Putin. According to its constitutional foreign policy stance, Finland can activate membership procedures at any given time if circumstances necessitate it.

Marin’s comment was accused of narrowing down that room for quick manoeuvres, while others complained that she had not consulted the president.

The PM’s counterattack came the following day. In the interview, she had repeated Finland’s right to join NATO if it so decides and no one can influence the country one way or another. Finland would also support and stand by tough sanctions if Russia attacks Ukraine.

Describing her comments to Reuters as “realistic” and ones that had been “over-interpreted” Marin emphasised the importance of a thorough parliamentary discussion over NATO between parties.

The next general elections will take place in the spring of 2023.

It is also widely accepted in Finland that a referendum should precede a NATO application. For the first time, fewer than half (42%) oppose NATO membership, while 28% have said they are ready to join.