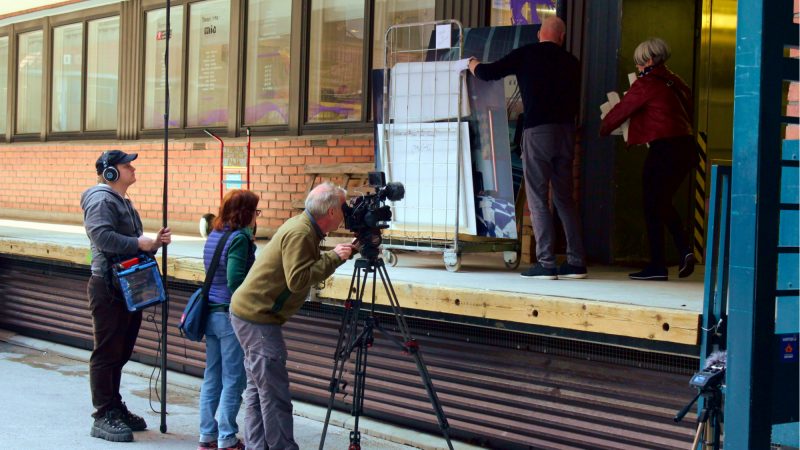 Behind the shooting production crew team and silhouette of camera and equipment in the street in Tampere, Finland. [Shutterstock/Harry Hykko]

Finland’s fairly low infection rate has made the country a safe and lucrative shooting location for foreign production companies as studios across the world have been forced to close due to the coronavirus pandemic.

Two American and at least one British production are set to start shooting in Finland this year, according to Audiovisual Producers Finland (Apfi).

The work of government funding agency Business Finland is beginning to bear fruit following a successful production last autumn by an American team from XYZ Films in the Tampere area. Since then the word has spread.

Finland is not attracting blockbusters with budgets above €50 million, Apfi’s head of international affairs, Anni Wessman told the Finnish Broadcasting Corporation in an interview. Preferred are smaller budget films because they have longer production times and benefit the local film industry, Wessman added, commenting that this year and next winter will be very good for Finnish film professionals. (Pekka Vänttinen | EURACTIV.com)