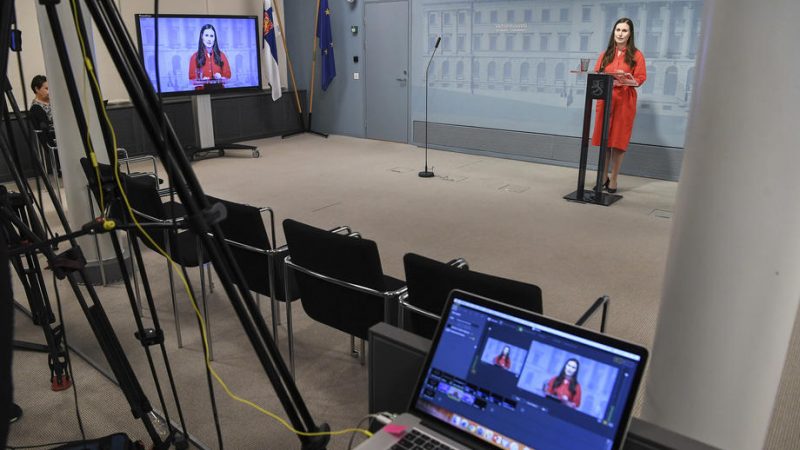 Large Finnish companies are distancing themselves from anything Russian in a show of solidarity towards Ukraine.

K Group, a retailing conglomerate headquartered in Helsinki and one of the biggest trading sector operators in Northern Europe, announced Monday it would stop buying Russian products and no longer export food products to Russia. The company employs some 39,000 people in Finland, Sweden, Norway, Estonia, Latvia, Lithuania, Poland and Belarus and specialises in the retail, grocery and building sectors.

A similar step was taken by the S Group, a customer-owned Finnish network of companies in the retail and service sectors, with more than 1,800 outlets in Finland and travel and hospitality businesses in Estonia and Russia. It will remove some fifty items of Russian origin, including textiles and foodstuff, from its shelves.

Finland’s alcoholic retailing monopoly Alko made a similar move Monday by banning Russian products from its stores despite these accounting for a mere 0.1% or about 30 of its products.

Many in Finland have also responded to Russia’s invasion of Ukraine by no longer using the 100 service stations and 217 unmanned stations of Teboil, a subsidiary of the Russian company Lukoil. Some labour unions have also urged members to boycott the company.

Neste, an oil refining and marketing company 36%-owned by the Finnish government, is looking towards the North Sea to no longer rely on crude oil from Russia. Some 80% of crude oil imported to Finland comes from Russia.

Nokian Tyres, one of the world’s largest tyre manufacturers, has had a lot of production near St Petersburg in Russia. According to Reuters, the Finnish company is transferring much of its production to the US. On Monday, the company’s shares lost some 25% of their value.

According to the statistics by the Finnish Customs, around 2,000 Finnish companies have business ties to Russia. The preliminary estimate was that some 25% of them would be affected by sanctions.