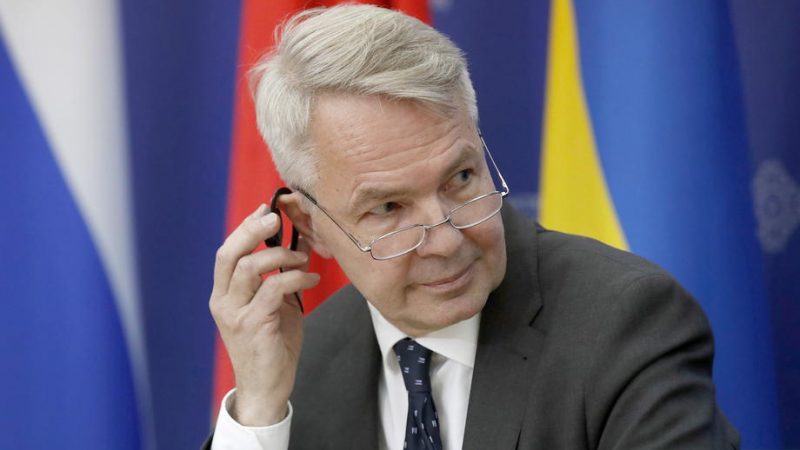 “I hope this does not lead to building new fences, but we are also facing a very serious situation where someone with weapons is pushing people [towards the border],” Haavisto said, speaking to a group of reporters in Rovaniemi, Finland. [EPA-EFE/TATYANA ZENKOVICH]

The current situation on the border with Belarus should not be compared to Europe’s migration crisis from six years ago, since it is closer to military action, Finish foreign minister Pekka Haavisto said in an interview with a group of journalists, including EURACTIV.

“I hope this does not lead to building new fences, but we are also facing a very serious situation where someone with weapons is pushing people [towards the border],” Haavisto said, speaking to a group of reporters in Rovaniemi, Finland.

“In fact, the situation is very close to something that could be described as military action [and] very far from what we have seen in migration crises,” Haavisto said, adding it would be “important to make this distinction”.

“When Lukashenko some days ago raised the threat about the gas pipes, closing them for Europe, the reaction from Moscow was very rapid. [They said] this is not their plan, this is not what they agree to. And this showed that Lukashenko in this threat was alone,” Haavisto said.

According to him, Lukashenko tried to use irregular migrants to exploit the current rift between Poland and the EU, but in the Finish, foreign ministers’ view has failed to divide the bloc.

“The EU is very united on this, and even if we might have some open questions with Poland, we are not opening them more, but we are concentrating on the safety and security at the borders,” he said.

According to Haavisto, the situation on the border between Belarus and Poland would currently be completely different from the refugee crisis of 2015, when people fled the war in Syria.

“This is a completely artificial situation has been created on the borders of Belarus and Europe – it is not a real refugee crisis, but a trip to Minsk organised by President Lukashenko,” Haavisto said.

In 2015, about 30,000 asylum seekers came to Finland from Sweden via Tornio. Still, Haavisto said he does not see any pressure at the Finnish border or events similar to those currently taking place on the Belarusian-Polish border.

“Lukashenko is producing this artificial hybrid operation, offering people a possibility to fly to Minsk with a promise that you can continue from Minsk to EU territory. […] It’s very important that EU says, ‘No, this cannot happen like this. These are not genuine refugees that we are dealing with, this is a hybrid operation that you are preparing’,” Haavisto said.

He also added that Belarus would be a safe country for refugees, where they could technically ask for asylum.

“It is terribly important for Finland that our own border is calm since we have 1,300 kilometres of common border with Russia,” Haavisto said.

Although the EU does not recognise Lukashenko as a legitimate president, Haavisto said he supported a direct dialogue with Minsk to resolve the crisis.

“I think it’s very important to communicate directly to Belarus, not only through media but in person,” he said.

“Currently, of course, the situation is so that there are no negotiation possibilities and the EU is acting in the only possible way, by supporting neighbouring countries – Poland, Latvia, Lithuania – in these circumstances,” he continued, adding he would hope for democratic elections in Belarus ‘sooner or later’.