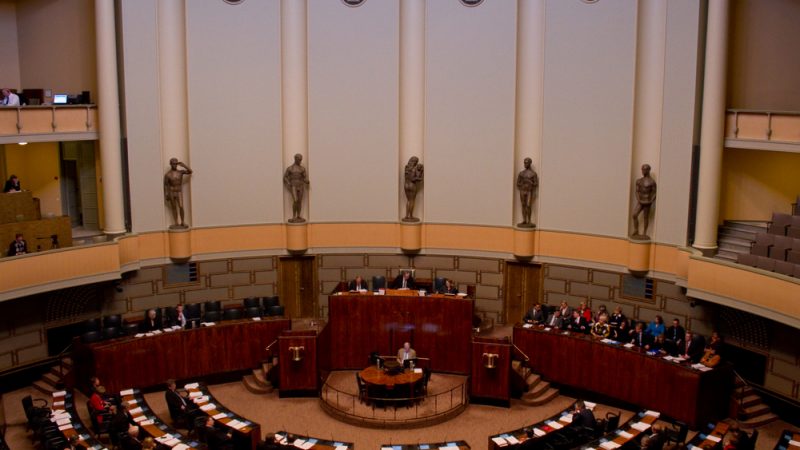 The nationalist Finns Party, who are against the package, used the momentum caused by the comments from EU officials that were later denied to prolong the process by continuing speaking turns. [Shutterstock/Aija Lehtonen]

Parliament was not able to vote on the EU’s €750 billion recovery fund as planned Wednesday as its debate continued after two EU officials made remarks that the arrangement could become a regular and even permanent mechanism to boost growth.

The nationalist Finns Party, who are against the package, used the momentum caused by the comments from EU officials that were later denied to prolong the debate.

A plenary session lasted until past 4 am on Wednesday morning, when parliament speaker Anu Vehviläinen suspended it. Before the suspension, it would have even been possible for the vote to be postponed until the autumn since the majority of MPs present at the time opposed the package.

The session continued on Wednesday evening but with no end in sight.

Prime Minister Sanna Marin, who has been in coronavirus quarantine since she returned from the EU Summit, defended the package, saying it was necessary for Finland and Europe as a whole.

In a fierce exchange, some MPs said the EU package would be stripping the little that is left of the country’s independence, while others saw it as having both an economic and security policy dimension.

For the Finnish parliament to approve the EU recovery fund, which requires the unanimous approval of all 27 EU countries, it would need the approval of a two-thirds majority. When the vote is to take place remains unclear, though it is possible that it could be next Tuesday. (Pekka Vänttinen | EURACTIV.com)