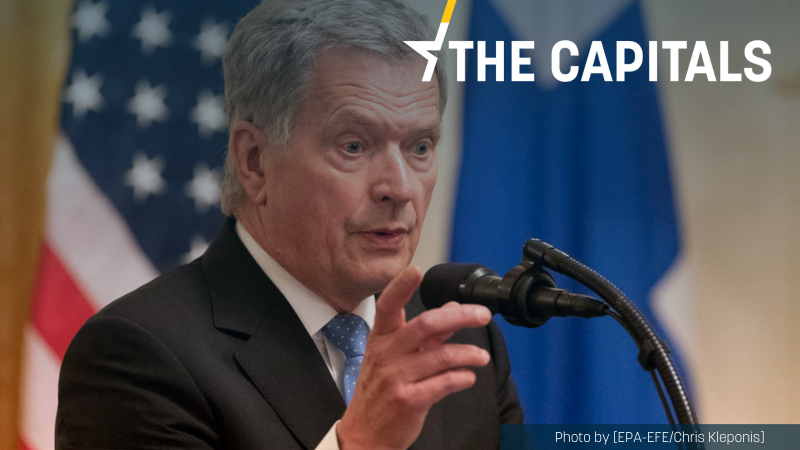 According to him, "a genuine” union would react and step in when its territorial integrity appears to be threatened.  [EPA-EFE/Chris Kleponis]

Finnish President Sauli Niinistö has criticised the EU for not being a “genuine” union, adding that “a clear and more swift reaction” to the current situation in Ukraine had been expected.

According to him, “a genuine” union would react and step in when its territorial integrity appears to be threatened.

“In this matter, the European Union is an involved party if not even a claimant. And for that reason one would expect a clear and more swift reaction,” said Niinistö.

As a strong advocate of common European defence cooperation, the president also recalled that the EU’s combined military spending equals China’s, and is considerably higher than Russia’s. However, this does not show due to national defence forces and the lack of cohesive policies across the EU on such matters, he added.

Niinistö also said he remained hopeful for a peaceful solution to the Ukraine crisis, noting that tensions in the Baltic Sea do not seem exceptionally high. According to him, the 2014 Minsk agreement had returned to the agenda after his last phone conversation with President Putin.

On the possibility of joining NATO, the president recalled his long-standing position that membership could only be confirmed through a referendum.

However, public opinion may have significantly shifted on the matter, as 30% of Finns now favour NATO membership, the highest percentage since 2005, according to an MTV3 News survey published on 26 January. Were the country’s political leaders to campaign for NATO membership, support would increase and reach 50%, the survey added.