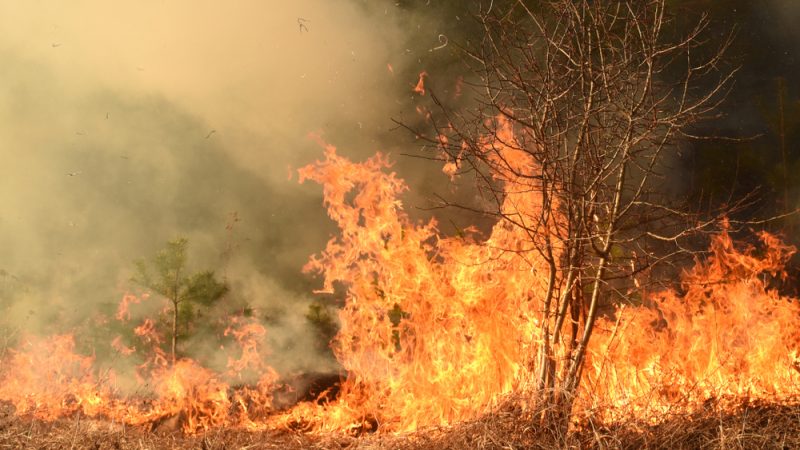 Following a devastating weekend, the situation appears to have improved as of Monday evening, also due to the more favourable climate. Ground work and water jumps from helicopters are still ongoing, however. [Shutterstock/Bumble Dee]

Wild fires have been devastating the Montiferru region of central-western Sardinia for the last three days, burning 20,000 hectares of land, destroying several farms and forcing thousands of people to flee.

Following a devastating weekend, the situation appears to have improved as of Monday evening, also due to the more favourable climate. Ground work and water jumps from helicopters are still ongoing, however.

The largest fire broke out in the town of Bonarcado on Friday, and moved for about 50 kilometres driven by the sirocco wind and high temperatures. The Civil Protection corps, the Forestry Corps, the Fire Brigade and numerous volunteers have been helping on site. Two Canadair from France and two from Greece also joined the effort on Monday.

Most of the 1,500 people displaced returned home on Monday and started assessing the damage.

“The community and the territory have suffered an immense tragedy, an unprecedented disaster. The flora and fauna are lost, the valley of the olive trees, the millenary olive tree no longer exist. Whole farms destroyed, animals burned, many have lost everything,” said Gianni Panichi, mayor of Cuglieri, one of the most affected municipalities.

“It is difficult to find adequate words with respect to the brutality of a tragedy of this size, but the state is there and no one will be left alone”, said the prefect of Oristano, Fabrizio Stelo.

Among the damage caused by the fires was the destruction of a thousand-year-old tree of Cuglieri – a wild olive tree known as the Tanca Manna olive tree, from the name of the nearby region, which was registered in the list of monumental trees of Italy of the agricultural policies ministry.