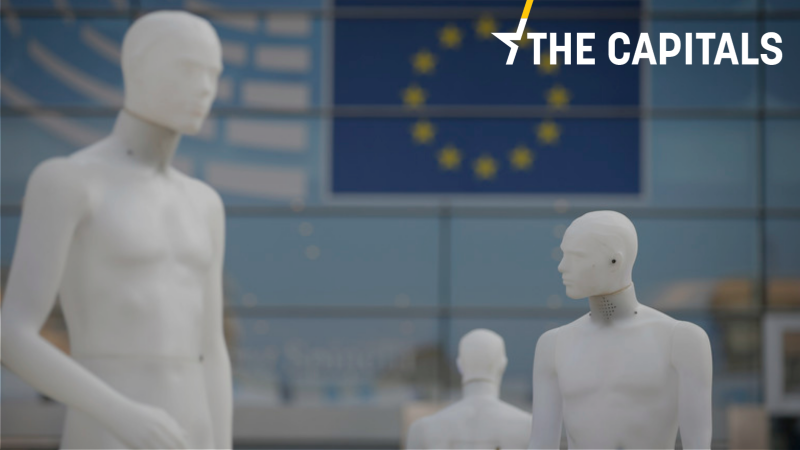 Culture Minister Vasko Simoniti said yesterday it was his decision to cancel the show. [EPA/OLIVIER HOSLET]

Works by Slovenian artists will not be displayed at the European Parliament during Slovenia’s EU presidency after the art show to mark the member states’ six-month stints at the helm of the Council of the EU was cancelled amidst media reports that one of the pieces showcased had been displeasing to the Slovenian government.

Culture Minister Vasko Simoniti said yesterday it was his decision to cancel the show, stating that the organisation was taking months, which he thought unusual, that there were recurrent complications, and that he had been drip-fed information.

According to Simonti, the European Parliament had its own collection which it wanted to include in the showcase. He opposed this because: “Slovenia is an independent and sovereign country which will decide by itself what it will exhibit […] No staffer is going to set conditions. Well, they can set them and I can refuse to accept them.”

Asked by a reporter how it was possible that he did not know about the concept of the exhibitions beforehand, Simoniti replied: “Because I am uninformed. Well, because I am not interested.”

The displays usually showcase pieces provided by the country that currently holds the EU presidency plus works of art from the Parliament’s permanent art collection, and these works appear to have been the cause of the cancellation.

While it has not been revealed which of the works may have been objectionable, public broadcaster RTV Slovenija reported that the minister was irked by the inclusion from the European Parliament’s permanent collection of a work by Arjan Pregl, a contemporary artist who has of late become a prominent critic of the government and has been one of the most visible supporters of weekly anti-government protests in Ljubljana.

Temporary exhibitions that mark EU member states’ six-month presidency stints at the Council of the EU have been a regular feature since 2011 and have been organised by the EU Parliament in cooperation with governments every six months. (Sebastijan R. Maček | STA)