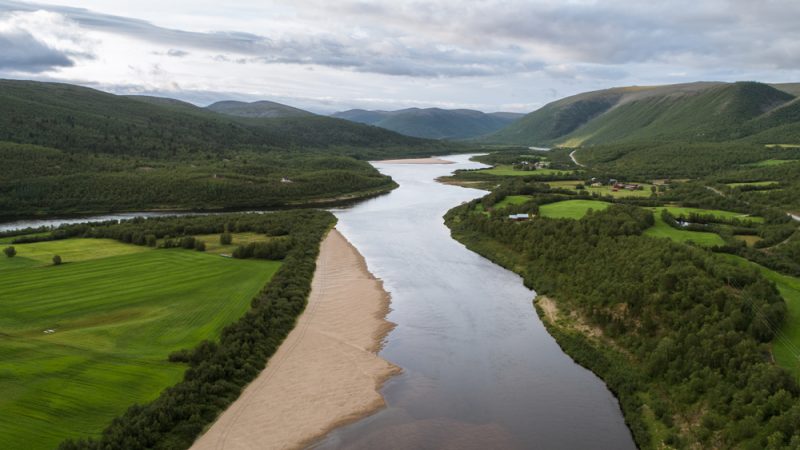 For the first time in history, the Sámi people are being denied the right to fish salmon using traditional fishing methods along the 361-kilometres long river up north of which 256 kilometres is a border between Finland and Norway. [Shutterstock/Jamo Images]

A joint decision by the Finnish and Norwegian governments to prohibit all fishing on the River Teno from May until December comes as a blow to the local population as well as the struggling tourism industry.

For the first time in history, the Sámi people are being denied the right to fish salmon using traditional fishing methods along the river, much of which forms the border between Finland and Norway.

For hotels around the area, the ban comes as a heavy blow ahead of the holiday season and during a period of easing restrictions during the pandemic.

According to the Natural Resources Institute Finland, River Teno with some 30 genetically different salmon populations is the world’s most diverse salmon river, though populations have been declining fast in recent years.

The total ban has come as a surprise to the local people although temporary limitations have been put in place before, The Barents Observer reported.

Local fisherman and politician Àslat Holmberg told the paper the ban was “a power move from the state” which does not consider the rights of locals. “Allowing even a small amount of fishing would have had a big symbolic value,” he added.

Tiina Salonen, the owner of Aurora Hotels in Utsjoki, said she feels the area is “forgotten when decisions like these are made.” Salonen, who had just renovated her hotel, was also afraid of the long-term consequences.

“Let’s see if there is still a place for people to stay here then, this will have a massive impact on the businesses in the area,” she told the paper. (Pekka Vänttinen | EURACTIV.com)