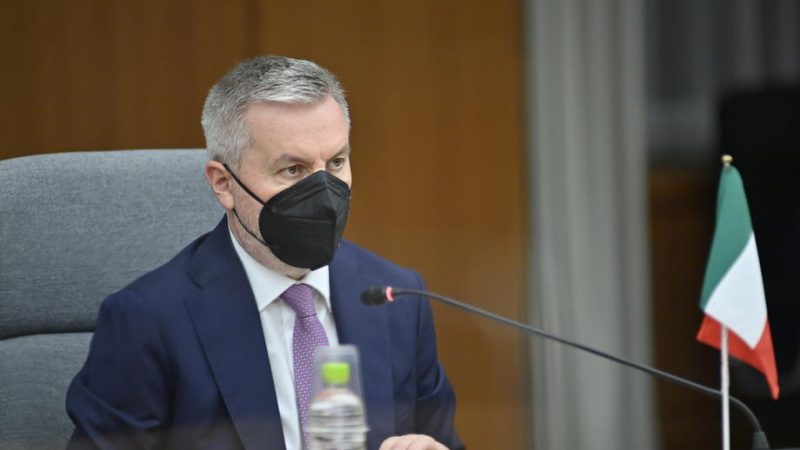 On Tuesday (26 April), speaking from Ramstein, Guerini referred to a second decree to send Italian arms to Ukraine, saying the act is “currently being processed”.

But former Prime Minister Giuseppe Conte, head of the Five Star Movement, called on Prime Minister Mario Draghi and Guerini “to refer to parliament on weapons it intends to send to Ukraine” after the National Council of the Movement on Tuesday.

“We are not against sending weapons tout court, but we are against military aid that is not defensive in logic,” Conte added.

5SM, the largest party in the Italian parliament, has been part of the executive since the 2018 Italian general elections. Over the years, it has adopted some pro-Kremlin positions and opposed military interventions.

Now, the party is part of Draghi’s pro-NATO coalition government, which has already sent defensive arms to Ukraine and is now considering sending more weapons.

Although it condemns the Russian invasion of Ukraine, the 5SM “rejects further military escalation.”