Forceful eviction of citizens without compensation continues in Tirana 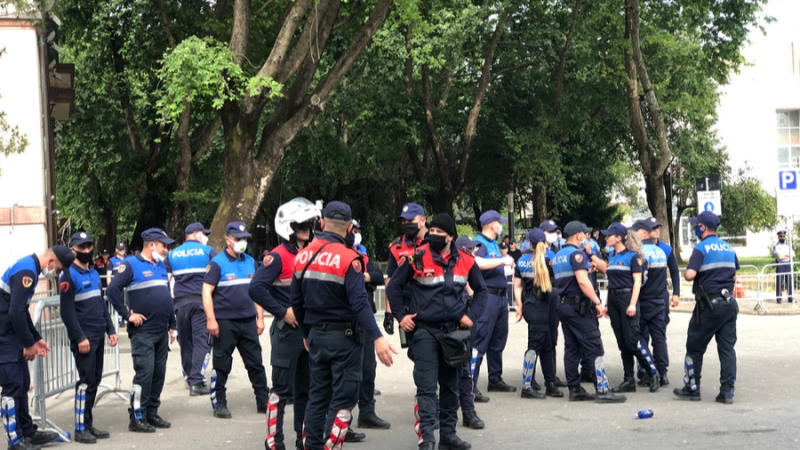 The Albanian police forcefully evicted the last remaining residents of the ‘5 Maji’ neighbourhood in Tirana on Wednesday morning, as the municipality proceeds with its plan to demolish some 400 buildings in the area.

Residents have been protesting the plans for months, claiming they have not received fair compensation for the demolition of their homes. Several people had refused to leave the premises, shutting themselves in their houses as the demolition work began.

A number of residents were also detained by the police.

In mid-January, the government started the demolition of residential buildings in Kombinat after it had classified them as irreparably damaged by the November 2019 earthquake.

The government had already earmarked the area for development a long time before the earthquake. “Tirana Riverside”, a project by one of Prime Minister Edi Rama’s favourite architects, Stefano Boeri, had been trumpeted by official government channels since 2018.

In 2018, the government announced it would demolish at least 67 buildings to pave the way for the project, which would replace the demolished buildings with new homes, offices, and commercial premises.

The project faced resistance from residents, but then the following year’s earthquake gave the government the opportunity to declare the buildings demolished and raze them to the ground.

The lucrative project of more than Є61 million will be tendered to private companies. Residents will be given apartments in the new buildings.

However, protesting residents say they have not signed any agreement with the municipality neither on the demolition nor the compensation. They claim their properties have been razed to the ground illegally, without their consent.

Some say they have not been able to legalise the properties as authorities closed the application process. This means their properties will not be compensated financially or with a new apartment.

Residents of the other area, Laprake, also protested against the demolition of their homes to open the way for the construction of the ring road. They said they would go on a hunger strike if the government did not guarantee proper compensation.