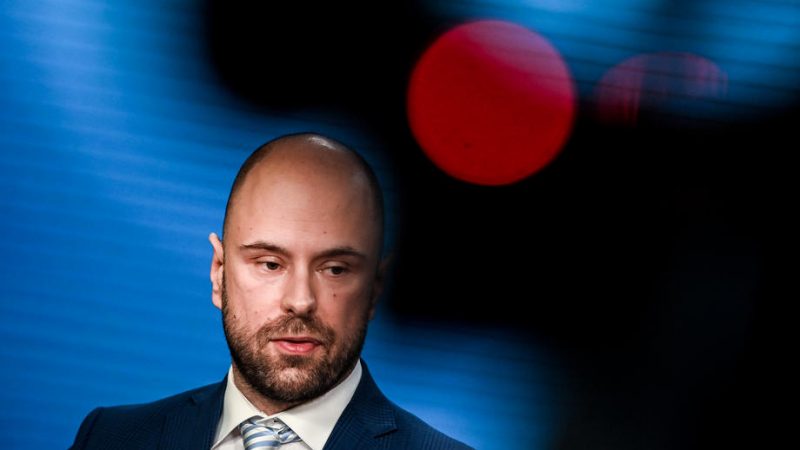 Any other approach, he underscored, is unacceptable and is questionable with regard to political ethics. [EPA-EFE/FILIP SINGER]

Montenegrin Foreign Minister Đorđe Radulović on Monday rejected claims by Serbian officials that Serbs in Montenegro were being oppressed.

Minister Radulović sent a message to Belgrade saying that ethnic Serbs who behave as loyal Montenegrin citizens are fully respected and enjoy equal rights, and only Montenegro can be their mother country and not Serbia, like some officials in Belgrade are trying to portray. Any other approach, he underscored, is unacceptable and is questionable with regard to political ethics.

“That means that all our citizens who declare themselves as Serbs, do not have any other country as their mother country except the one we all have and that is Montenegro. Its government and institutions are the only address for them. Our country does not wish to renounce anyone’s rights, let alone 30% of Serbs who are an indispensable foundation of our country,” Montenegro’s foreign ministry said in a press release.

Serbia’s officials, led by President Aleksandar Vučić, have recently begun to frequently underline their care for their people in neighbouring countries who declare themselves as Serbs whereas Serbia’s Interior Minister Aleksandar Vulin  has publicly spoken about the idea of a “Serb world” which for him, as he said, is a “single country, united, but peacefully without one shot fired.”