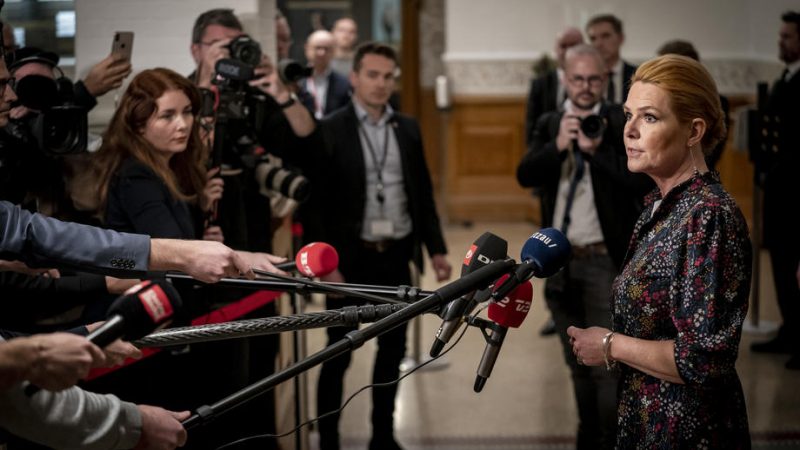 Støjberg, once a minister of the Liberal party, was sentenced to six months in prison for having illegally separated couples of asylum seekers in 23 cases while she was the Integration Minister. [EPA-EFE/Mads Claus Rasmussen]

Controversial former Integration minister Inger Støjberg created a new political party on Thursday, over a year after leaving the Liberal party due to a scandal.

Støjberg, once a minister of the Liberal party, was sentenced to six months in prison for having illegally separated couples of asylum seekers in 23 cases while she was the Integration Minister.

She was stripped of her parliamentary mandate and left the Liberals in February 2021. Støjberg started her party on Thursday called the Danish Democrats.

“Civic common sense will be the focal point of the new party. And the Danish Democrats are not a protest party. On the contrary. If we are elected to parliament, we will enter into negotiations and settlements,” she told the Danish newspaper Skive Folkeblad.

She called for an increased political focus on Danish health policy, the conditions of companies, the opportunities for production in the country in the green transition and the ordinary everyday lives of citizens. She also took a tough stance on immigration.

Far-right Danish People’s Party chairman Morten Messerschmidt told TV2 that it was “really nice” that Støjberg announced that she was starting a new party. However, what she has announced about the party’s policy did not impress much.

“These are well-known issues. I would almost go so far as to call it old wine in new bottles,” he told TV2, adding that he does not fear losing party members to the Danish Democrats.

“Instead, I am happy every time a politician comes forward and wants a strict policy on foreigners,”  he said.

Støjberg and her new party have started collecting the approximately 20,000 voter declarations needed to stand in the next elections. The parliamentary elections are to be held by 4 June 2023.