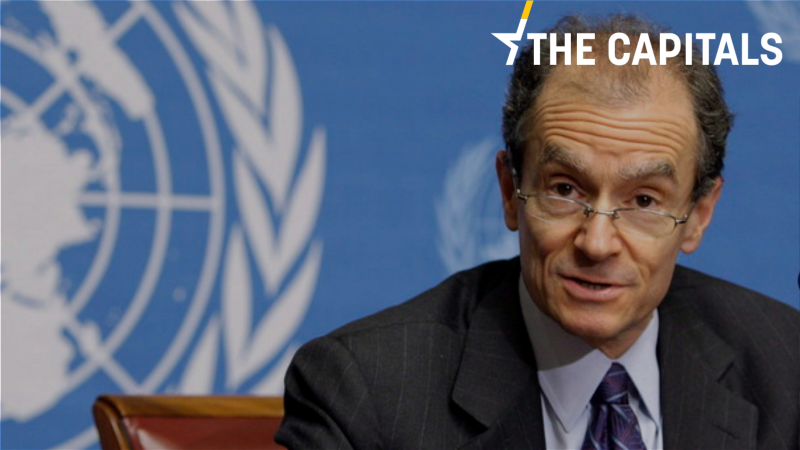 A possible Russian offensive against Ukraine will basically prevent Germany from maintaining its current position on Nord Stream 2, Daniel Fried, former US ambassador to Poland under Clinton, told EURACTIV Poland in an interview. [EPA/MARTIAL TREZZINI]

A possible Russian offensive against Ukraine will basically prevent Germany from maintaining its current position on Nord Stream 2, Daniel Fried, former US ambassador to Poland under Clinton, told EURACTIV Poland in an interview.

“A Russian military offensive against Ukraine would make it even more difficult for Germany to maintain its current position,” he said, adding that the best short-term solution is the suspension of work – or a moratorium – on the project by Germany and the suspension of sanctions by the US.

“This would give all parties [Poland, Ukraine, the European Commission, Germany, the US] a chance to think about the best way forward. It could also postpone the decision until after the elections in Germany. And that could be an occasion for Germany to reconsider its decision.”

Fried said the German government has been making a mistake for over 15 years, from the time when Gerhard Schröder was chancellor.

“What Schröder did is a disgrace. Germany knows it. But we must constantly remind ourselves that the Putin system is a threat to Europe and democracy,” he said.

Fried stressed that Nord Stream 2 is a bad idea because it will separate the energy market in Europe.

“This gives Putin the opportunity to sell gas to Germany bypassing Poland and not going via Ukraine either. The US government could use the weapons such as sanctions to destroy Nord Stream 2. They could strive for it, but this would be costly for relations with Germany,” he said.

“I heard that the German government will consider mitigating the harmfulness of Nord Stream 2. It should be forbidden for Russians to communicate with Germans over the heads of Poles, Ukrainians and others,” he said, adding that Poles, the rest of Europe and Americans should listen to what Berlin could offer.

“I do not want to convince Poles to accept the agreement in advance. But consider the offer – why not?” he concluded. (Karolina Zbytniewska | EURACTIV.pl)