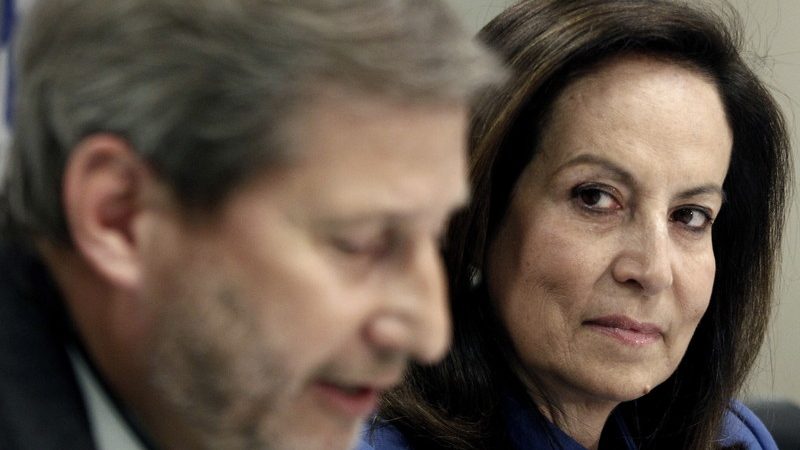 Greeks believe that the experienced politician has chances to take the post as it’s the first time that the country presents a candidature for the OECD. [EPA/ALKIS KONSTANTINIDIS]

Former EU Commissioner Anna Diamantopoulou has announced her candidacy for Secretary-General of the OECD.

“Anna Diamantopoulou has undeniable multifaceted scientific and public service credentials. Drawing from her global experience in such areas as Education, Employment, New Technologies and the Environment, she is an outstanding candidate for Secretary-General of the OECD”, said Greek Prime Minister Kyriakos Mitsotakis.

Greeks believe that the experienced politician has chances to take the post as it’s the first time that the country presents a candidature for the OECD.

A top aide to President Donald Trump, Sweden’s Cecilia Malmström and Estonia’s President Kersti Kaljulaid are among 10 candidates to lead the Organisation for Economic Cooperation and Development, the OECD said Monday (2 November).

The Paris-based 37-nation club, which has the stated goal of boosting economic progress and world trade, will need a new secretary general when Angel Gurria’s third five-year term ends in May 2021.

The OECD’s predecessor, the Organisation for European Economic Co-operation (OEEC), was formed to administer US and Canadian aid under the Marshall Plan for European reconstruction after World War II.

A top aide to President Donald Trump, two former EU Commissioners and a current EU head of state are among 10 candidates to lead the Organisation for Economic Cooperation and Development, the OECD said Monday (2 November).