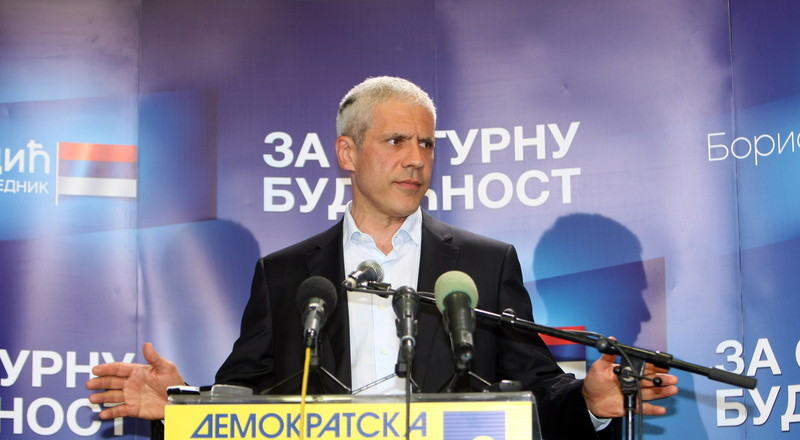 The former president of Serbia, Boris Tadić, said on Wednesday that all Serbian citizens not under the influence of the state propaganda and private media controlled by the Serbian Progressive Party, knew that President Aleksandar Vučić and his regime are “lying to them every day.”

Tadić, the president of the opposition Social Democratic Party, made this comment at a news conference after he was asked about his expectations for the recent visit of German Chancellor Angela Merkel to Belgrade.

“I expected nothing from Merkel’s visit, I only said that I wished to see her reaction and whether she would support the break-down of democracy and of independent institutions, which Vučić is carrying out,” Tadić stated.

In that context, Tadić said the German institutions knew “very well about the level of criminalisation in Serbia.”

“German institutions have been turning a blind eye to that fact so far, in a desire to give Vučić the opportunity to cooperate on the subject of Kosovo,” Tadić stated.