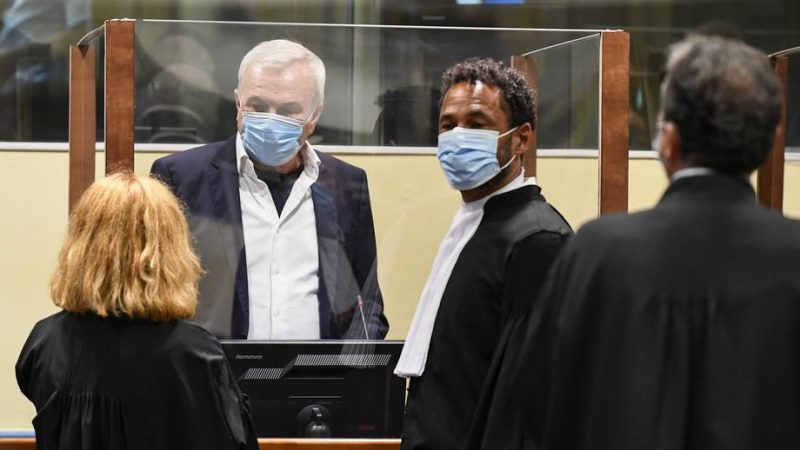 The Hague court sentenced on Wednesday the former heads of the State Security Service (SDB) of Serbia, Jovica Stanišić and Franko Simatović Frenki, to 12 years in prison each for the crimes of the Red Berets against the non-Serb population in Bosanski Šamac in the spring of 1992.

The court has established that Stanišić, 71, the then chief of Serbia’s SDB, and Simatović, the chief operative of the service, were guilty of aiding and abetting the persecution, murder, deportation and forced relocation of Muslims and Croats from that municipality.

Presiding judge Burton Hall announced that the trial chamber had established that the prosecution had not proven the guilt of Stanišić and Simatović for the crimes in five other municipalities in Bosnia and Herzegovina and in Croatia, i.e. in the Knin Krajina and Eastern Slavonia, from 1991 to 1995.

According to the verdict, it has not been proven that Stanišić and Simatović were participants in the joint criminal endeavour aimed at forcibly and permanently removing the non-Serbs from large areas of Croatia and Bosnia and Herzegovina.

Croatian Prime Minister Andrej Plenković welcomed the judgement, adding Croatia “cannot be satisfied” with the decision due to their role in “the most horrific crimes”.

“We think that Stanišić and Simatović were among the key persons for pursuing a Great Serbia policy and launching aggression against Croatia and BiH and that they took part in the most horrific crimes such as Vukovar, Škabrnja and Srebrenica,” the PM said.