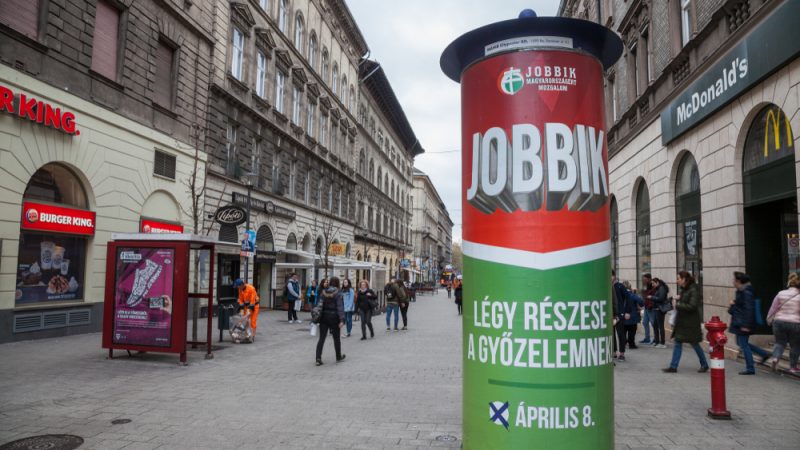 Hungary’s one-time far-right party, Jobbik, is supporting European federalist social-democratic candidates in Budapest and elsewhere, in a move suggesting that the opposition is following through on its promise to cooperate in the run-up to next year’s general elections in the hopes of defeating Prime Minister Viktor Orbán’s Fidesz party.

The far-right-turned-conservative Jobbik will support Democratic Coalition’s (DK) candidate, former television host Kálmán Olga, in the capital’s second district opposition primaries, the party announced on Sunday. The party has previously stepped back in favour of other DK, socialist and liberal candidates.

The move is the latest sign that opposition parties will keep cooperating in the run-up to the 2022 parliamentary elections, widely considered a prerequisite for defeating Fidesz.

All of Hungary’s six biggest oppositions parties – socialist MSZP and centre-left’s DK, the green LMP and Párbeszéd, the liberal Momentum and Jobbik – have previously agreed to put forward only one candidate against Fidesz in all 106 electoral districts, along with a joint prime ministerial candidate, a common electoral programme and a common list.

To decide who will run against Fidesz in each of the constituencies, the opposition bloc will hold self-organised primaries in the fall.

Hungary has a unicameral legislature into which MPs get elected via a mixed system: 106 lawmakers from single-winner constituencies and 93 proportionally from party lists.  (Vlagyiszlav Makszimov |EURACTIV.com with Telex)