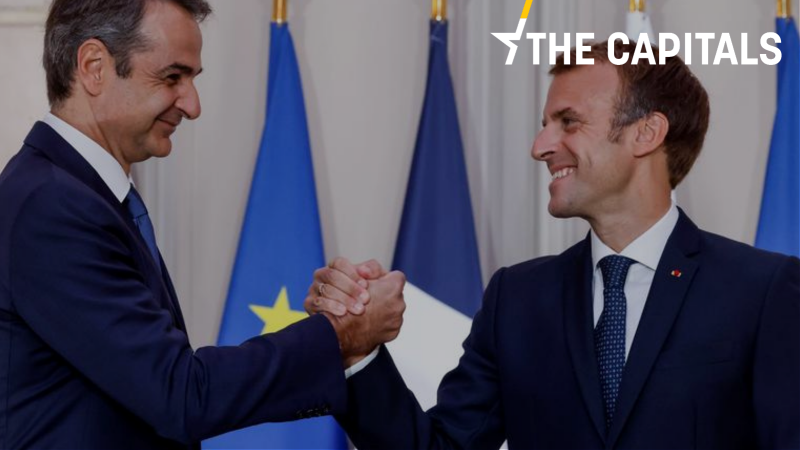 Françoise Dumas, a French lawmaker and defence committee president at the National Assembly, told EURACTIV France that a significant step was taken toward a European NATO pillar.  [EPA-EFE/LUDOVIC MARIN]

France and Greece have signed a landmark military agreement that provides mutual assistance in the event of one party coming under attack by a third country, even if the latter belongs to NATO. Politicians and analysts spoke to EURACTIV France and Greece, emphasising what this means for Europe’s strategic autonomy.

Both countries have been disappointed with NATO. Greece has criticised NATO’s “neutral” stance in its dispute with Turkey – also a NATO member – while France has long argued that the US has been using the Alliance to force eastern European countries to buy US armament, especially fighter jets.

Article 2 of the deal provides that “the parties shall provide each other with assistance, with all appropriate means at their disposal, and if necessary, by the use of armed force, if they jointly find that an armed attack is taking place against the territory of one of the two, in accordance with Article 51 of the Charter of the United Nations.”

“This mutual assistance clause shows the density and depth of the strategic partnership we want to establish with the Greeks,” said Armed Forces Ministry spokesperson Hervé Grandjean at a press conference on Tuesday.

As part of the deal, Greece also committed to purchasing three French Belharra frigates, which are expected to significantly change the balances in the Aegean Sea amid the growing aggressiveness from Ankara.

Asked about possible guarantees to avoid a repeat of what happened with Australia, Grandjean said: “We have no doubt that [this contract] will be successfully concluded”.

“The choice of Greece corresponds to the will of a strong European sovereignty and materialises once again the vitality of our bilateral cooperation. It demonstrates that the French naval industry is able to offer our partners the best world standard,” a press release from the ministry of defence reads.

A call for EU defence

Françoise Dumas, a French lawmaker and defence committee president at the National Assembly, told EURACTIV France that a significant step was taken towards a European NATO pillar.

“It is a new act, a new step that will undoubtedly call for others to strengthen European strategic autonomy and the European pillar of the Atlantic alliance”, said the lawmakers from Macron’s La République En Marche party.

Pierre Morcos, a visiting Fellow at the Center for Strategic and International Studies (CSIS), said the deal is more than just the beginning of a new European strategic autonomy.

He stressed that the need for greater European autonomy was undoubtedly reinforced by the AUKUS crisis, which confirmed the underlying trend of a reorientation of the United States towards China and the Indo-Pacific.

“But as the president made clear, these efforts are not a substitute for the Atlantic alliance but rather complement and strengthen it. The aim is to build a European pillar within NATO. The president also stressed that the United States would remain a major and historic ally of France”.

“It will contribute to Greece’s defensive deterrence against escalating armaments, and the militarisation of Turkey,” the professor experienced in foreign matters said.

The reactions in Turkey have so far been negative, with Turkish press reports suggesting that Athens is aiming for an “arms race”.