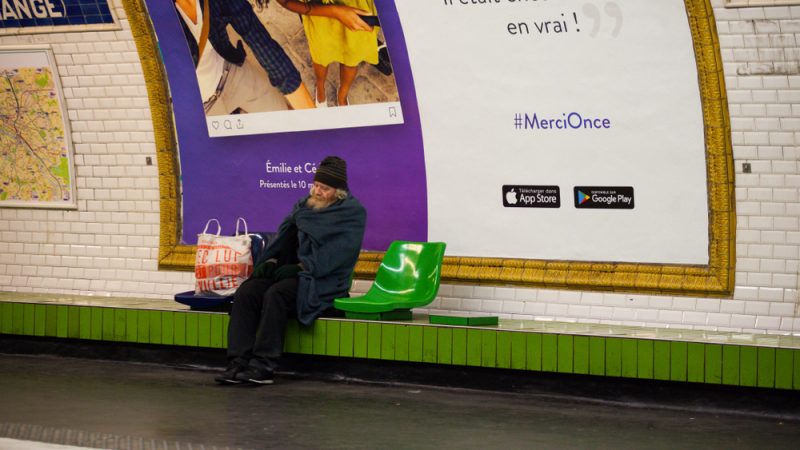 According to the foundation’s calculations, nearly 185,000 people are currently staying in accommodation centres, 100,000 in reception centres for asylum seekers and 16,000 in shantytowns. [Shutterstock/Lidia Muhamadeeva]

The 300,000 homeless people recorded in France – a figure that has doubled since 2012 – should be regarded as an “electroshock”, the general delegate of the Abbé Pierre Foundation, Christophe Robert, told French weekly Le Journal du Dimanche.

Read also: Homelessness cannot be just another ‘Fact of Life’ in the EU

According to the foundation’s calculations, nearly 185,000 people are currently staying in accommodation centres, 100,000 in reception centres for asylum seekers and 16,000 in shantytowns. However, these numbers do not take into account those people without shelter, considering how difficult it is to quantify.

Robert warned against what he called “a time bomb”.

“With the economic crisis and mass unemployment, many people are at risk of no longer being able to pay for housing,” he said, adding that the government should anticipate such a risk with “the creation of a fund to help pay rents and charges” and the construction of social housing.