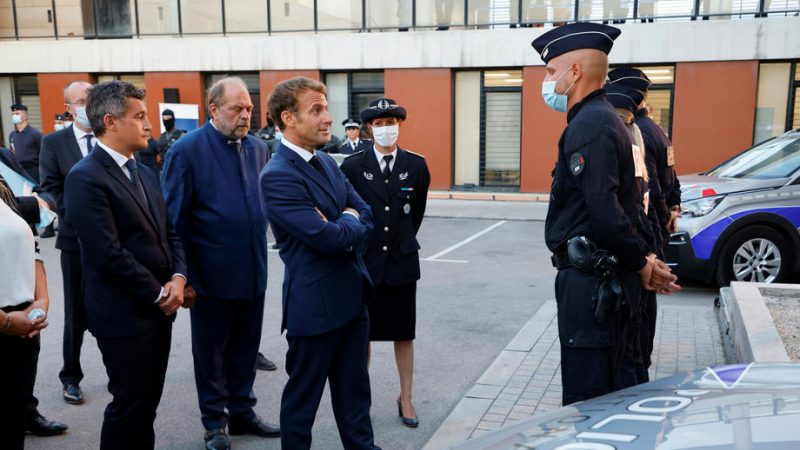 Since 2017, 36 terrorist attacks have occured in France, the minister added, including several since the beginning of this year. [EPA-EFE/ LUDOVIC MARIN]

With the trial for the November-13 terrorist attack in Paris currently underway, Interior Minister Gérald Darmanin warned about the ongoing high level of terrorist threat in France.

“Anything can happen,” he told the French news channel RTL on Wednesday (15 September), specifying, however, that “we are now highly protected” against terrorist attacks like the one in 2015.

On a smaller scale though, each and every French citizen remains threatened, as nobody is safe from an individual “taking a knife, entering anywhere and committing an attack in the name of religion”. On top of Islamists, right- or left-wing extremists, survivalists are posing a growing new threat to society, according to M. Darmanin.

Since 2017, 36 terrorist attacks have occured in France, the minister added, including several since the beginning of this year.

The announcement comes a day after President Emmanuel Macron officially closed a national debate on security. The French head of state promised the creation of a new law on internal security, to be presented in early 2022, as well as a budget rise for the interior ministry.