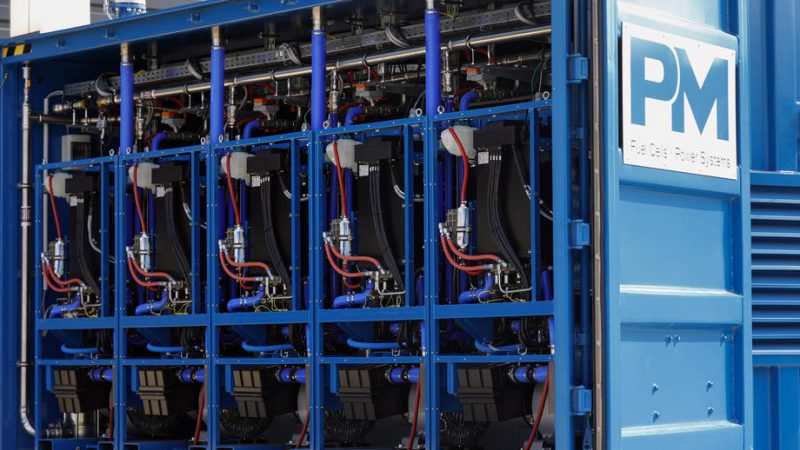 “I believe we have the capacity to be the world leader in green hydrogen,” Finance Minister Bruno Le Maire announced on 30 September at the last meeting of the National Hydrogen Council.

“[We have] the technologies, the public money, the industrialists and the common will: this is a guarantee of success, and I am sure that in terms of green hydrogen, we will succeed”, Le Maire told journalists.

France aims to produce hydrogen without creating any CO2 emissions using electrolysis, a process by which an electric current extracts hydrogen from the H2O water molecule. 90% of hydrogen production still generates greenhouse gas emissions, amounting to 9 million tons of CO2 per year, according to the French government.

The government is aiming by 2030 to develop the industrial potential of electrolysis to a capacity of 6.5GW. “We can perfectly imagine totally integrated ecosystems in which you would have the nuclear power plant, the production of decarbonised electricity which would be put into electrolysis plants in which electrolysis would take place, and an industrial site nearby where industry would be decarbonised,” Le Maire added.

In line with its hydrogen strategy, France is also aiming to decarbonise its transport sector – currently the country’s first source of CO2 emissions (30.1%), before agriculture (19.6%), housing (18.5%) and industry (18%).

“I am convinced that for public transport, hydrogen is the right solution. It is going to be the solution for totally decarbonised aircraft”, the minister also said.

Regarding the rail sector, “hydrogen trains already exist” and “work very well under conditions of profitability and maximum safety,” said Le Maire, adding that “hydrogen can also be a solution for small or medium-sized commercial vehicles [and] company fleets.”