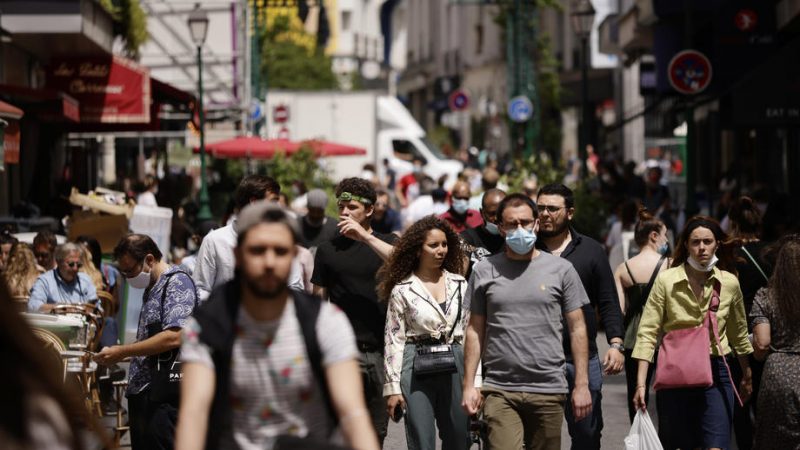 France had eased some of its COVID-19 restrictions from June onwards. [EPA-EFE/YOAN VALAT]

As France faces an “explosion” of COVID-19 cases due to the Delta variant, according to government spokesman Gabriel Attal, the executive seems to be considering new restrictions.

New measures may include early closing hours for restaurants, the renewed obligation to carry a face mask in public as well as local curfews, Le Monde newspaper reported.

Similar restrictions have already been adopted in the south-western region of Pyrénées-Orientales as well as in Corsica, where the worrying rise in new cases has led to a closure of bars and restaurants at 11 pm the reception capacity of which has been reduced by 50%.

During his speech to the nation last week, French President Emmanuel Macron had already set the ground, indicating that new measures to slow the spread of the pandemic might be taken in all departments with an incidence rate above 200. Prime Minister Jean Castex is expected to clarify the situation Wednesday afternoon after the weekly health defence council.