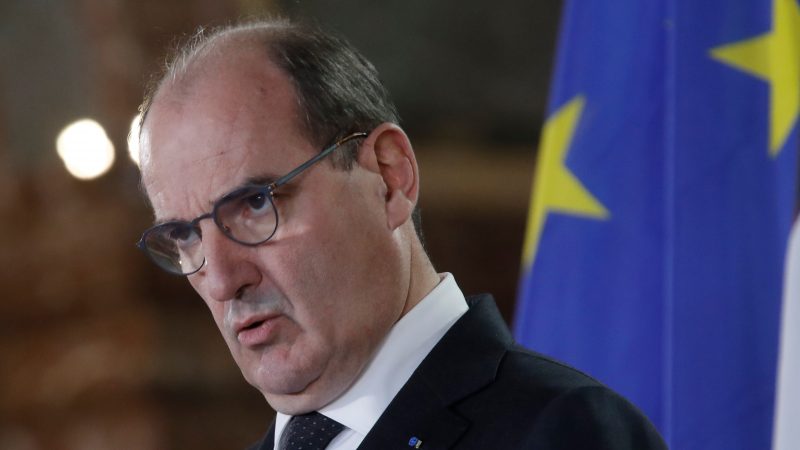 Castex recalled that the price of oil had doubled compared to 2019, while those of gas and electricity have been multiplied by ten. [EPA-EFE/OLIVIER HOSLET]

Several measures are required “without delay” for the most exposed companies and the population, he said.

The main area of concern is energy, which has seen prices soar in recent years and particularly so since the beginning of the conflict. Castex recalled that the price of oil had doubled compared to 2019, while those of gas and electricity have been multiplied by ten.

Among the cross-cutting measures proposed to all sectors and in addition to the nearly €20 billion of aid deployed last September, the government announced it would reimburse 15 cents per litre of petrol as of 1 April.

To avoid bankruptcies and preserve employment, new aid will also be created for companies whose energy costs amount to 3% of their turnover. The state is committed to covering half of the additional costs associated with this increase.

Fishermen, many of whose boats have been left in the dock because they could not afford to pay for fuel, will be given 35 cents per litre. The government will also provide €400 million for farmers, and in particular livestock farmers who are suffering from soaring animal feed costs.

France hopes to drastically reduce its dependence on Russia, with Castex pledging that France will no longer import Russian gas and oil by 2027. The development of renewable energies, technological, industrial and food sectors will be priorities and coordinated with other EU countries, Castex added.