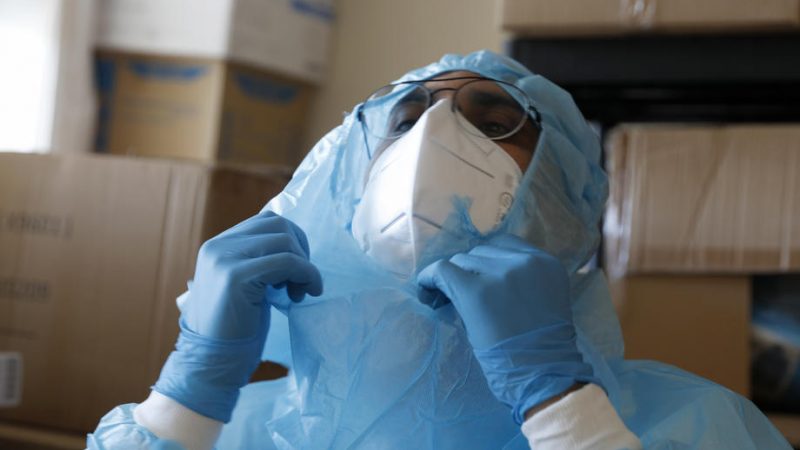 Since Wednesday (15 September), staff in health establishments have had to present a COVID-19 certificate to exercise their profession. [EPA-EFE/ ATEF SAFADI]

“Yesterday, 3,000 staff of health or medico-social establishments who had not yet been vaccinated out of a total of 2.7 million employees were suspended,” Health Minister Oliver Véran told RTL radio on Thursday (16 September).

Since Wednesday (15 September), staff in health establishments have had to present a COVID-19 certificate to exercise their profession.

Earlier this week, the National Union of Nursing Professionals (SNPI) warned that this measure would destabilise a sector that is already suffering from a lack of staff.

The figure announced by France’s health ministry is likely to change in the coming days, as some health workers are expected to change their minds.

“A large number of these suspensions are only temporary because according to the feedback I have from establishments, many of these employees […] have decided to ultimately get the jab after vaccination became mandatory,” the health minister added.

A similar measure was taken by the Greek authorities resulting in the suspension of 10,000 health personnel from work.

The move caused severe staff shortages in the public health sector and Health Minister Thanos Plevris signed on 6 September an amendment allowing them to return to work if they at least receive a first dose of the vaccine.

The suspended health personnel currently are 5,035 and additional staff is expected to be hired to fill the gaps.