France to bar entry to some Lebanese officials hindering progress 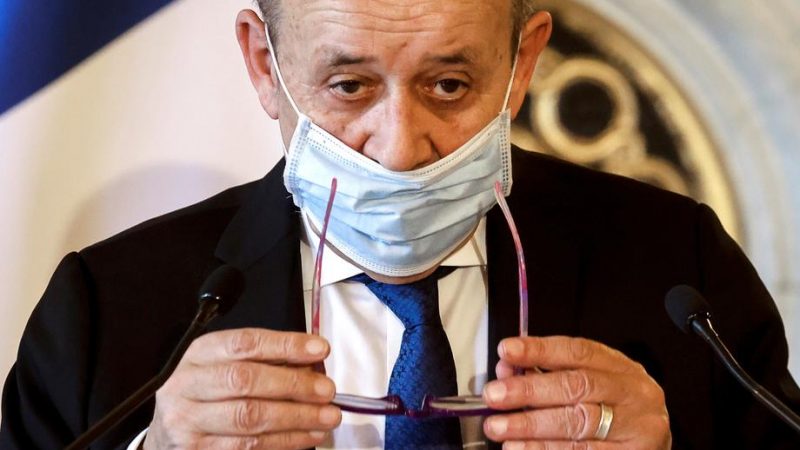 France said on Thursday (29 April) it had started putting in measures to limit some Lebanese officials from entering the country on the grounds that they were blocking efforts to find a solution to the political and economic crisis.

France has spearheaded international efforts to rescue Lebanon from its deepest crisis since the 1975-1990 civil war, but after eight months has failed so far to persuade squabbling politicians to adopt a reform roadmap or form a new government to unlock international aid.

With the European Union, Paris has been working on creating a sanctions regime for Lebanon that could ultimately see asset freezes and travel bans.

However, that is likely to take time. As part of efforts to raise pressure on key Lebanese actors, France intends to stop issuing visas to certain officials, diplomats have said.

“On a national basis, we have started to implement restrictive measures in terms of access to French territory against personalities involved in the current political blockage, or involved in corruption,” Foreign Minister Jean-Yves Le Drian said in remarks alongside his Maltese counterpart.

Le Drian gave no names and it was not clear if the actual measures were already in place.

“It’s not just words in the air,” said a French diplomat. They (Lebanese officials) can reassure themselves that it’s not just threats.”

Two diplomats said a list of names had been put together and people were being made aware. The French foreign ministry did not respond to requests for comment.

As many senior Lebanese politicians have homes, bank accounts and investments in the EU and France, and send their children to universities there, a withdrawal of that access could be a lever to focus minds.

“We reserve the right to adopt additional measures against all those who hinder the way out of the crisis and we will do so in coordination with our international partners,” Le Drian added.