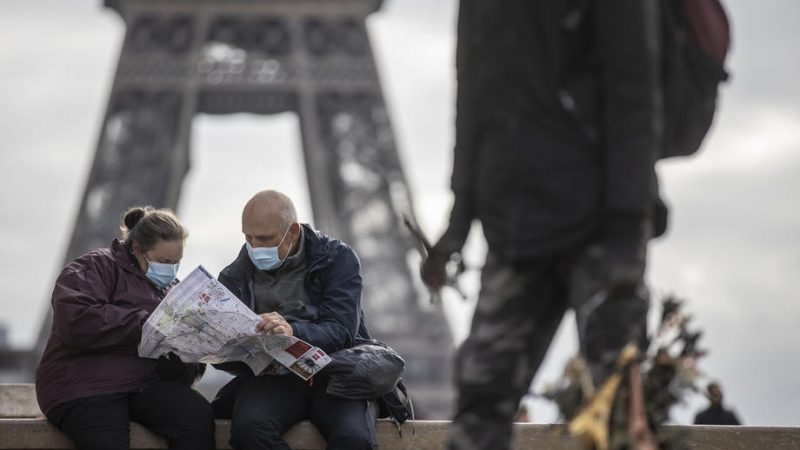 Checks of COVID-19 passes will be tightened in the coming weeks. [EPA-EFE / IAN LANGSDON]

Checks of COVID-19 passes will be tightened in the coming weeks, government spokesperson Gabriel Attal told a press conference on Wednesday.

Speaking to the press the day after President Emmanuel Macron’s address to the nation, during which the head of state announced that COVID passes would stay valid on the condition that pass holders take a third COVID-19 vaccine, Attal declared that controls were going to be tightened.

Earlier on Wednesday, Interior Minister Gérald Darmanin announced on Europe 1 that controls would again be pursued with the same intensity as in September when there were twice as many controls.

“Given the increase in our rate of incidence, the approach of winter and the growing spread of the virus, the President of the Republic asked me on Tuesday to tell the prefects and the police to carry out more controls as in September. This morning, an instruction is being sent to the prefects, and I will soon bring them together in order to apply these requests”, Darmanin said.

About the president’s announcement, Attal also warned that COVID-19 passes would be “deactivated” for all persons aged 65 or more who by then will have received their second vaccine dose more than seven months ago and will not have taken a booster shot.

Macron’s announcement on Tuesday was marked by a record number of new appointments taken through the medical appointment platform Doctolib. According to French news channel FranceInfo, 274,000 French people booked an appointment for their COVID-19 vaccine on Tuesday, of which almost 150,000 are appointments for the second dose.