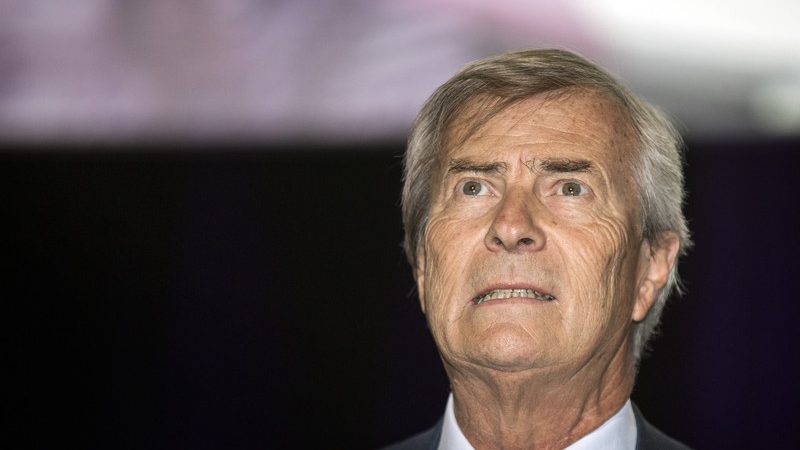 The practices of businessman Vincent Bolloré represents “a real danger for press freedom, but also for democracy,” according to a documentary called “System B”. [EPA-EFE / ETIENNE LAURENT]

The practices of businessman Vincent Bolloré represents “a real danger for press freedom, but also for democracy,” according to a documentary called “System B” released Thursday by NGO Reporters Without Borders and shared on social media.

The documentary denounces the “brutal methods” of Vincent Bolloré, who, through his group Vivendi, has a presence in many French media, including television (Canal +, CNews, C8), radio (Europe 1, RFM and Virgin Radio) and the written press (Voici, Capital and Gala, Paris Match and Le Journal Du Dimanche).

Several former journalists who worked with him have criticised the “mechanism of control and intimidation put in place by Vincent Bolloré when he takes control of a media outlet or when journalists investigate his industrial activities”.

Christophe Deloire, Secretary-General of RSF, described the film as a “wake-up call”. Among its recommendations, the NGO asks the State to “intervene for editorial independence in its capacity as a shareholder of Vivendi”.

According to the World Press Freedom Index drawn up by Reporter Without Borders each year, France ranks in 34th place.