French FM calls on Europeans to unite on submarine deal 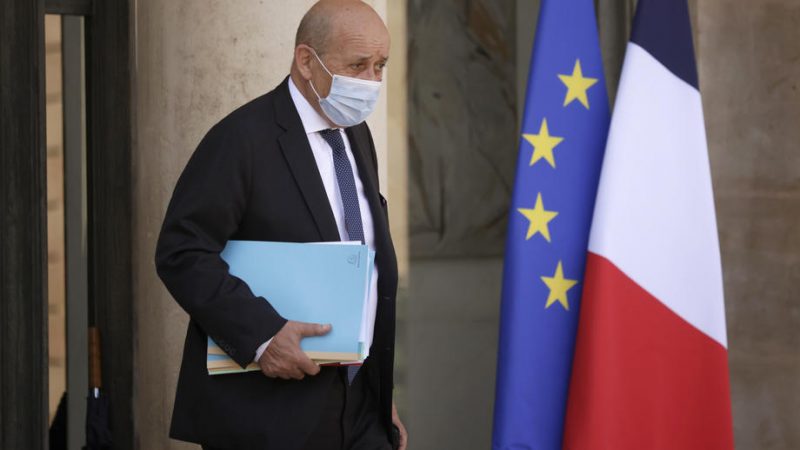 Paris recalled its French ambassadors in Canberra and Washington after it found out Wednesday that Australia had scrapped a multi-billion-dollar submarine deal with France. [EPA-EFE/ YOAN VALAT]

French Foreign Minister Jean-Yves Le Drian repeated his anger and disappointment over the “major breach of trust” between France, Australia, and the US and called for greater unity within the European bloc, after Australia scrapped a submarine order with Paris in favour of a deal with Washington and London.

“If Europeans do not feel that in order to remain in history, they must unite and defend their own interests together, then their destiny will be totally different,” Le Drian said in an interview with TV broadcaster France 2 Saturday evening.

The day before, Paris recalled its French ambassadors in Canberra and Washington after it found out on Wednesday that Australia had scrapped a multi-billion-dollar submarine deal with France and instead opted for an alternative deal with the United States and Britain.

“We recalled our ambassadors to try to understand and to show our former partner countries that we have a very strong dissatisfaction,” said Le Drian.

Australian Prime Minister Scott Morrison told a press conference in Sydney he thought that the French “would have had every reason to know that we had deep and grave concerns that the capability being delivered by the Attack Class submarine was not going to meet our strategic interests and we made very clear that we would be making a decision based on our strategic national interest”.

French government spokesman Gabriel Attal told BFM-TV on Sunday that President Emmanuel Macron had asked for a telephone conversation with his US counterpart Joe Biden, saying it should take place “in the next few days”.

The spokesman said on Sunday that Macron would have a call with Biden in the next few days.

Also read: A China war by the backdoor