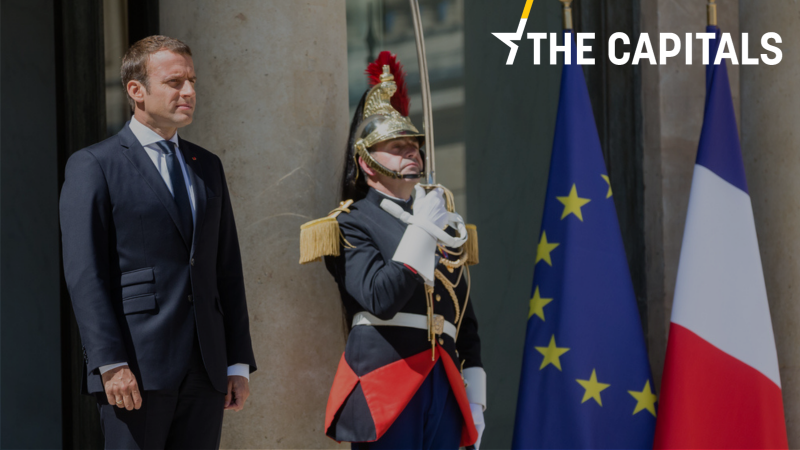 The issue of sponsors is a long-standing debate, said MEP Manon Aubry (GUE/NGL) who also stated it would be "naive" to think a sponsoring company does it without ‘strings attached’. [Shutterstock/Drop of Light]

Corporate Europe Observatory, Observatoires des Multinationales and foodwatch have launched a petition on Thursday, urging the French executive to decline any sponsorship offers when it takes on the rotating EU Council presidency in 2022.

“There can be no excuse for governments taking favours from corporations. If France needs food, drink, transport, or any other kind of goods or services during its presidency of the EU, it simply needs to procure it by normal means and pay a fair price. These dodgy sponsorship deals must stop,” said Suzy Sumner of foodwatch International.

However, it is not unusual for a country holding the rotating EU Council presidency to call on private companies to collaborate during those six months. Austria in 2018 partnered with Porsche, Audi and Microsoft, Malta in 2017 with BMW, AirMalta and Microsoft, and Slovakia in 2016 with Peugeot, Orange and Microsoft.

The issue of sponsors is a long-standing debate, said MEP Manon Aubry (GUE/NGL), who also stated it would be “naive” to think a sponsoring company does it without ‘strings attached.

In 2019, foodwatch filed a complaint to the European Ombudsman following Coca-Cola’s involvement in the Romanian presidency in 2019, the organisation wrote in its statement. A “reputational risk” for the EU was then recognised, and states were asked to put guidelines in place.

For the time being, France seems to favour “patronage” over “sponsorship” and is more inclined to receive benefits in kind. “We will have to be vigilant about the details,” Aubry told EURACTIV.

“We are still the French state. You’re going to make me believe that we’re not capable of organising events without corporate support. If that’s the case, it means we’re bankrupt,” she added.